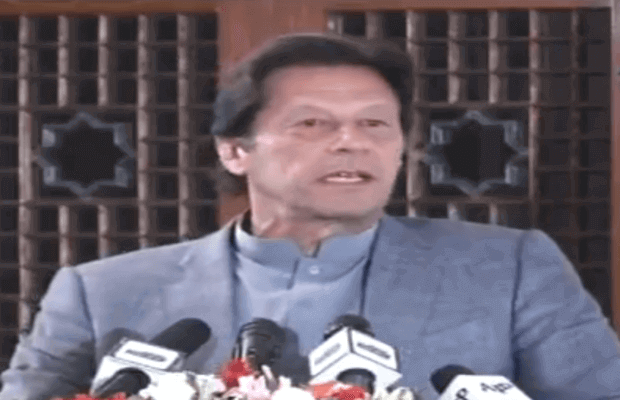 PM Imran Khan while addressing Ehsaas Financial Inclusion Policy Ceremony in Islamabad, on Tuesday,  had another slip of the tongue as he said that ‘darakht raat mai oxygen daite hain’ (trees produce oxygen during the night).

PM Imran Khan has a number of blunders to his credit now, another famous one includes the ‘Japan and Germany share a border’.

While addressing a diplomatic gathering during his April 2019 visit to Iran he said,  “The more trade you have with each other your ties automatically become stronger… Germany and Japan killed millions of their civilians until after the Second World War when they both decided to have joint industries on their border regions.”

Furthermore, few months ago PM Imran Khan had another blip on Twitter, as he quotes the famous Indian poet and Nobel laureate, Rabindranath Tagore’s saying attributing to Lebanese writer and poet Khalil Jibran!

While addressing today’s ceremony prime minister also said that the government knows about the prevalent poverty in the country.

“We are making policies keeping in mind the poverty that exists in Pakistan,” he said.

He also said that before becoming a politician, he was a social worker, and added further that it was social work that inspired him to become a politician and do something for the poor of the country.