He recalled his first speech as a PM saying that, “I have already told that all corrupt elements will unite.” 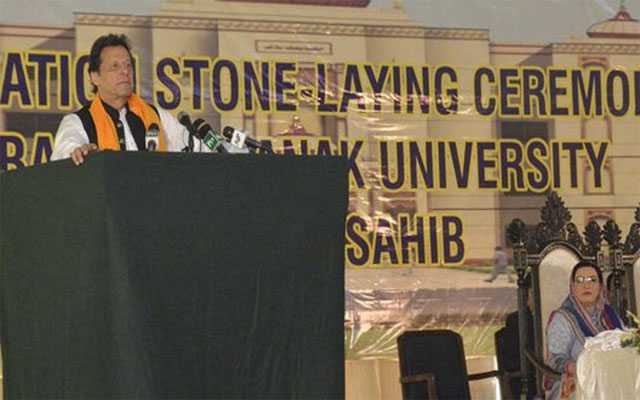 He said that a high court asked the federal government to give them an assurance that nothing will happen to former PM Nawaz Sharif.

He premier said, “I just want to ask that if I can’t guarantee that I will be alive tomorrow then how can I give a guarantee for anyone else’s life?” adding that, “We have made all possible efforts to ensure that Nawaz is given the best medical care.”

While talking about the opposition-led Azadi March, PM explained, “It has been planned by JUI-F with an aim to collapse the PTI government”.

He recalled his first speech as a PM saying that, “I have already told that all corrupt elements will unite.”

“They all first signed a charter of democracy; they continued robbing the country and increased its debts. When our government came into power, we had no money to run the country so we started collected taxes. Half of those taxes we have spent on repaying the loans taken by those before us,” PM Khan claimed.

The PM called Azadi March a blackmailing, “I just want to tell everyone that they aren’t getting any NRO as long as I am alive, adding that “they can march all they want”.