A case against the smugglers has also been lodged by the wildlife department under Sindh Wildlife Protection Ordinance 1972. 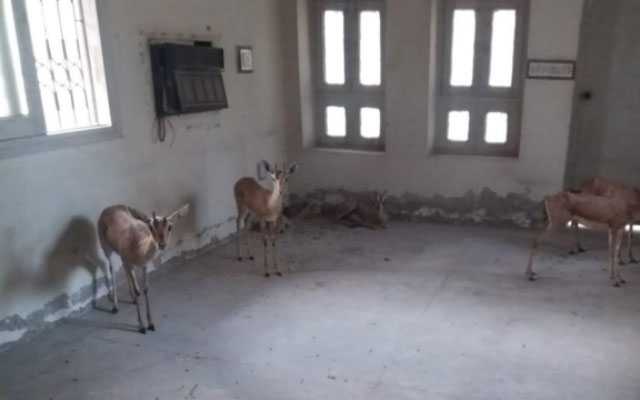 Three suspects have been arrested on Wednesday for trying to smuggle 18 deer in their vehicle in Umerkot, the Sindh Wildlife Department confirmed.

According to the details,  Umerkot police foiled an attempt of suspected persons who were smuggling 18 deer to Hyderabad.

“Our officials were deputed at Samaro road, checked a car and found the deer and arrested the three suspects,” SHO Umerkot Khalil Kunbhar said.

“After an official inquiry, the deer were handed over to the wildlife department,” he added.

A case against the smugglers has also been lodged by the wildlife department under Sindh Wildlife Protection Ordinance 1972.

“We are investigating the matter. The suspects will either be presented in court or we will impose a penalty under the law” a wildlife department official in Mirpurkhas said,  adding that “the deer will be released in the forest”.

According to the reports, frequent incidents of smuggling and hunting of deer take place in Sindh while in most of the cases, the animals are caught and smuggled to hotels too.

The hunting of deer and birds has been banned in an area of around 940 kilometres in Tharparkar under the ‘Chinkara Wildlife Sanctuary’.

Share on FacebookShare on TwitterShare on PinterestShare on Reddit
Samra MazharMay 21, 2020
the authorSamra Mazhar
All posts bySamra Mazhar