"The gunmen, who were on a motorbike, targeted police personnel guarding the [polio] team," the DPO said 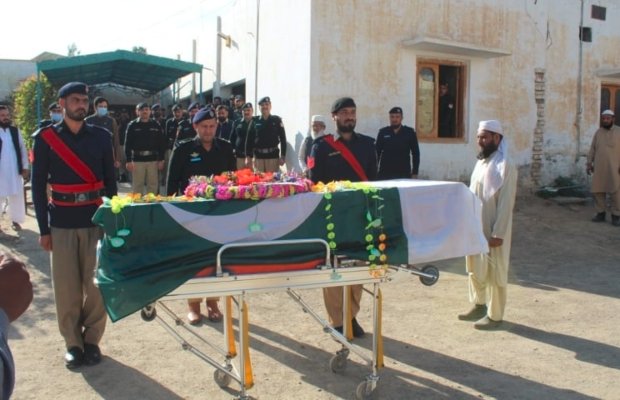 A policeman was martyred as unidentified gunmen attacked the polio vaccination team in the Tank, Dera Ismail Khan district of Khyber Pakhtunkhwa on Saturday.

As being reported, unidentified gunmen riding a motorcycle opened fire on a police party escorting a two-woman polio team in Tank district on Saturday.

One policeman was seriously wounded and later succumbed to injuries while another was rushed to a hospital.

The armed men fled the spot, while the police have launched a search operation to find the culprits, Tank District Police Officer (DPO) Sajjad Ahmed.

The police and FC personnel were guarding the polio teams in the Chadrar area situated on main Wana Road when gunmen opened fire, DPO said.

“The gunmen, who were on a motorbike, targeted police personnel guarding the [polio] team,” the DPO said, adding that Havaldar Iqbal died of bullet wounds and FC officer Ritaj Khan was injured.

On the other hand, the Tehreek-e-Taliban Pakistan (TTP)  has claimed the latest attack.

The TTP claimed the death toll at two, in a statement issued by spokesman Muhammad Khurasani.

The banned outfit accused security forces of killing some of their fighters and violating the one-month truce.

The attack comes a day after the banned outfit announced ending the ceasefire with the government of Pakistan.