Indian actress and model is famous for posting explicit content, videos and photos on social media. 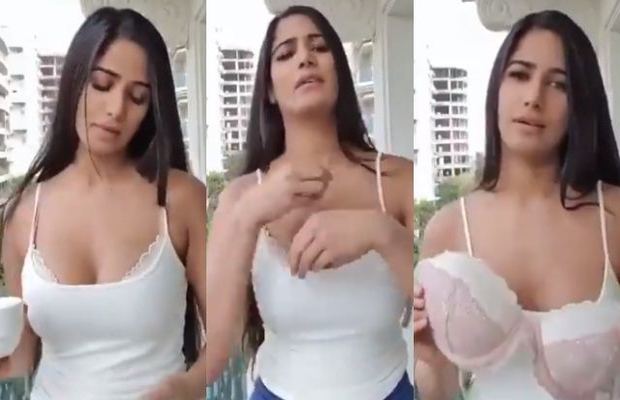 Internet sensation Poonam Pandey knows very well about how to stay in limelight. Indian model and actress recently has posted a video on her Instagram in an attempt to mock Pakistani ad which was based on parody of the captured Indian air force pilot, aiming at upcoming Pakistan-India world cup clash.

The Indian actress, who seems to be a diehard Indian cricket fan, uploaded on her social media. In the video post, she first shows the Pakistani advertisement while having a cup of tea.

Later trying to spice-up her video takes her bikini out trying to hail Abhinandan as India’s ‘War Hero’ and claiming that she has a perfect answer to the clip and puts forward option of another kind of cup ‘D-Cup’ which Pakistan can use to drink tea.

Poonam who came out and tried to take a dig at Pakistan backfired badly: