Dr. Arif Alvi and several others were booked in the PTV and parliament attack case in 2014 during PTI's sit-in against the then PML-N government. 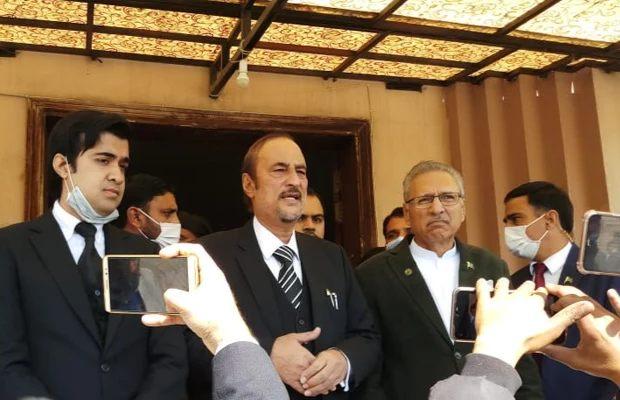 President Arif Alvi appeared before an anti-terrorism court in the Parliament attack case on Friday.

President Alvi appeared along with his lawyer, Babar Awan, at the ATC, where judge Muhammad Ali Warraich was hearing the Parliament attack case as he refused to avail immunity.

At the hearing today, the president filed an appeal stating that he would not be availing his immunity and said that Islam does not allow pardons.

“I have tried to read Islamic history. There is no space for a pardon; I am bound by the Constitution of Pakistan. The Holy Quran is a bigger law than the Constitution,” President Alvi said.

“All the caliphs appeared in court with great dignity,” he added.

President Arif Alvi further said that he was charged with this case in 2016 and was also granted bail from the same court.

“I request the entire judiciary to close at the earliest as once a case is filed, the next generation carries it on [due to delays]. My father filed a case in 1977 and it is going on till date,” he said.

Dr. Arif Alvi and several others were booked in the PTV and parliament attack case in 2014 during PTI’s sit-in against the then PML-N government.