The former prime minister at a jalsa in Faisalabad said the coalition government is stalling the elections as they wanted to “appoint an army chief of their own choice.” 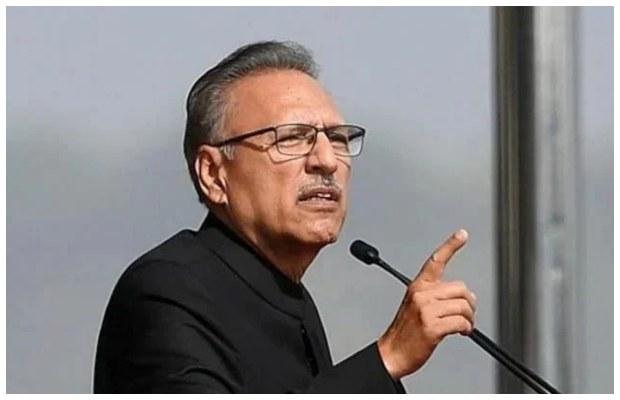 President of Pakistan Dr. Arif Alvi has distanced himself from Imran Khan’s remarks on the COAS appointment!

Talking to journalists at Governor’s House in Peshawar on Monday, the president said that the entire Army including Chief of Army Staff General Qamar Javed Bajwa were patriotic and there was no doubt about their patriotism.

“I do not want to make any comment on Imran Khan’s remarks. He should explain his remarks himself. I do not want to create any confusion,” President Alvi, who also belongs to the Pakistan Tehreek-i-Insaf party, asserted.

Mr. President said that he was trying to bring everyone to the same table adding that he was quite optimistic that he would succeed in his effort.

The former prime minister at a jalsa in Faisalabad on Sunday said the coalition government is stalling the elections as they wanted to “appoint an army chief of their own choice.”

“They want to bring their own army chief…they are afraid that if a strong and patriotic army chief is appointed then he would ask them about the looted wealth,” PTI Chairman Imran Khan said referring to Nawaz Sharif and Asif Zardari.