A delegation-level meeting was also held between President Alvi and the Qatari Emir. 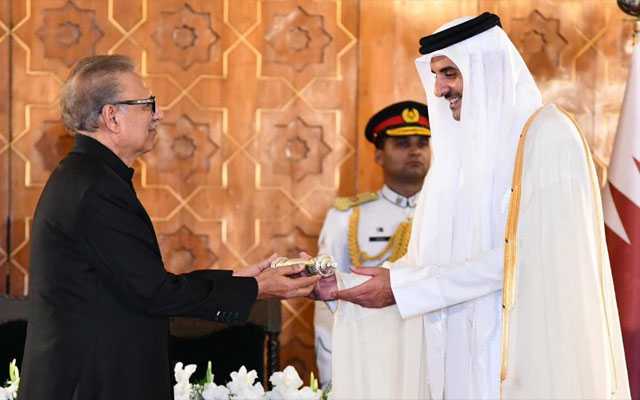 The ceremony was attended by Qatari delegation, federal ministers, and high-ranked civil and military officials.

Prior to the ceremony, a delegation-level meeting was also held between the Pakistani President and the Qatari Emir.

Upon the Qatari delegation arrival, the two sides signed three MOUs for cooperation in the fields of trade, investment, tourism and financial intelligence, Radio Pakistan reported. 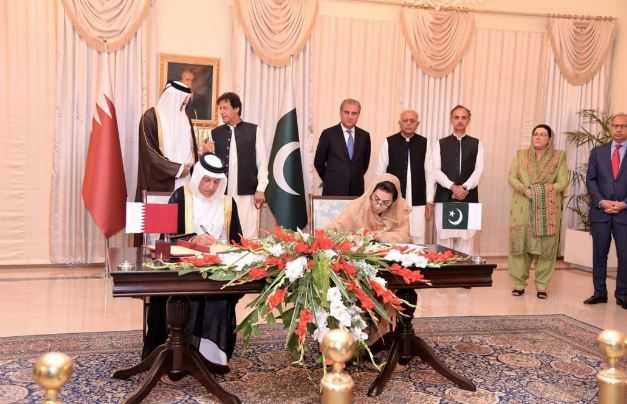 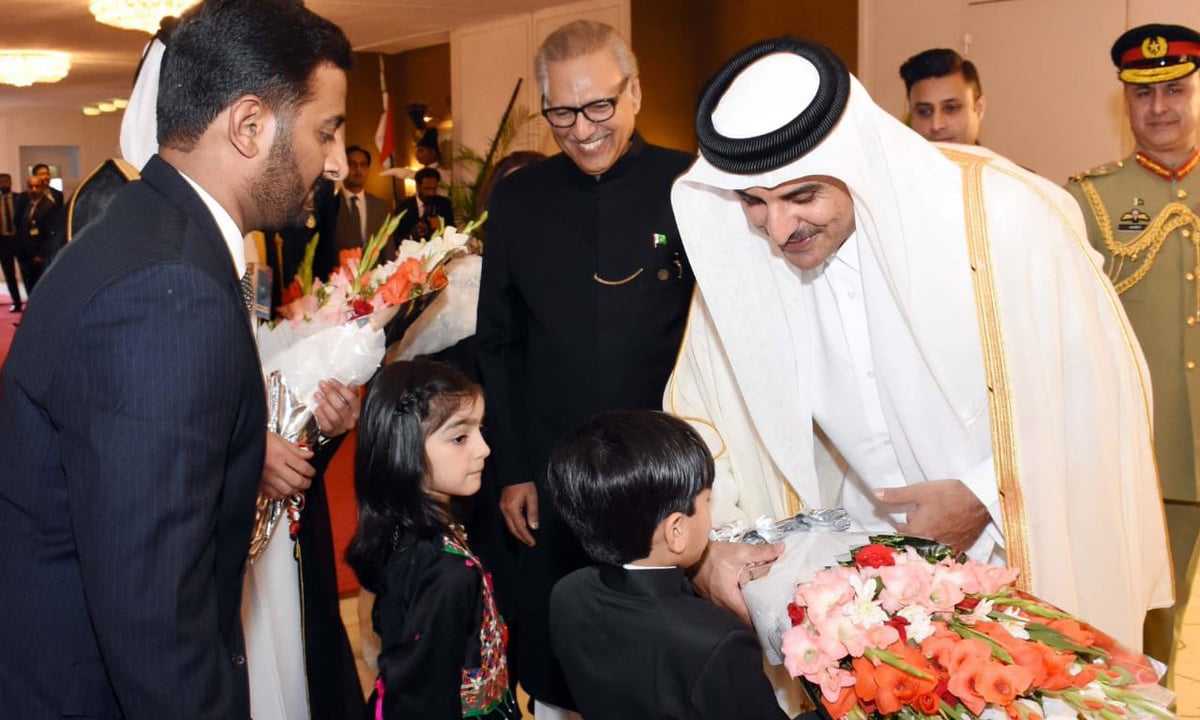 The visiting leader has departed for Qatar after attending ceremony and luncheon at the president house. The delegation was seen off by special assistant to Prime Minister on Overseas Pakistanis Syed Zulfiqar Abbas Bukhari and other high civil and military official at Nur Khan airbase.

Earlier, at the airbase, the delegation was given a briefing by Pakistan Air Force on JF-17 Thunder aircraft and Mushshak airplane. The Emir took keen interest in fighter jets of PAF.

Sheikh Al Thani was on his second visit to Pakistan since ascending to power in 2013. He visited Pakistan in March 2015 for the first time.