Both the bills were signed after the Cabinet's approval. 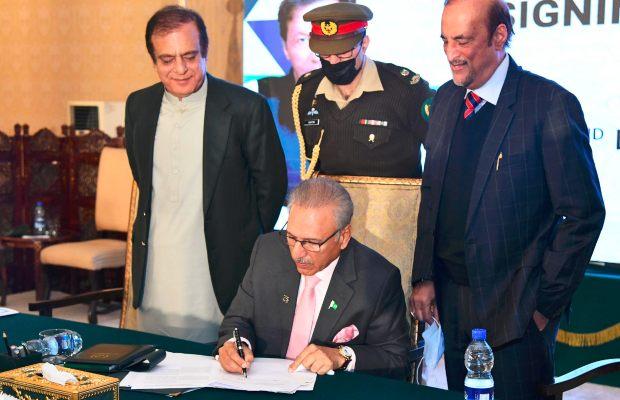 Both the bills were signed after the Cabinet’s approval.

Passed by the Parliament, the bill provides for holding of next general election through EVM as well as granting right of vote to overseas Pakistanis through I-voting.

— The President of Pakistan (@PresOfPakistan) December 2, 2021

The changes made in the electronic crimes act have been made under the Prevention of Electronic Crimes (Amendment) Ordinance, 2022.

PECA Amendment Act, according to the details reported, includes the definition of a person, a company, an association, an institution, or an authority, while the amendment bill increases the imprisonment for attacking the identity of any person from 3 to 5 years.

As per the ordinance, the aggrieved party, who will be the representative or guardian of the complainant, has been declared a felony and the offense is non-bailable.

The amendment bill also states that the trial court will decide the case within six months and will submit the details of the case to the High Court every month.

Furthermore, federal and provincial governments and officials will be asked to remove obstacles. The Chief Justice of each High Court will nominate a judge and officers for these cases, the ordinance states.

The ordinance has made changes in section 181 of the Election Act, 2017.

The amendments have added a new section titled 181 (A) in the law.

Election Act Amendment Ordinance (EAAO) states that the members of all assemblies, senates, and local governments will be able to speak during the election campaign, and any public office holder and an elected representative will be able to visit the constituency.