Pressure on rupee to dissipate in two weeks, Miftah Ismail 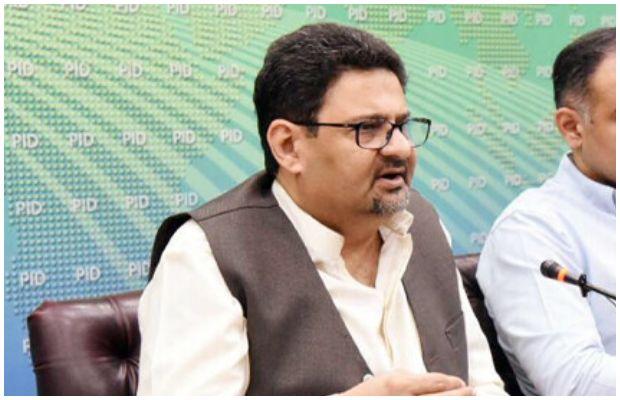 Miftah Ismail claims that the pressure on the Pakistani Rupee will dissipate in two weeks!

Addressing a presser in Islamabad on Sunday afternoon, Finance Minister Miftah Ismail said that the Pakistani rupee, which has taken a beating against the US dollar in recent weeks, should see some improvement “in the two weeks”.

The finance minister said that the Economic Coordination Committee (ECC) has recommended removing the ban on imports.

If approved by the cabinet and signed off on by the prime minister, several items will no longer be banned, he said.

However, a ban will continue to remain, however, on imported cars, mobile phones, and home appliances.

While responding to a prompt question from a reporter, Miftah Ismail said, “You are correct that after the August 17 [Punjab by-]polls, the dollar has got out of control and appreciated.”

“I truly believe, even though I won’t speculate on the currency market, I think that the true value of the rupee is far greater than this.”

The finance minister lashed out at former prime minister Imran Khan alleging him of being irresponsible, he said, “You (Imran) are responsible”, he said adding that due to the wrong policies of the previous PTI regime, our trade deficit increased.”

The finance minister said that Imran Khan had brought the country to the verge of default and the current coalition government saved Pakistan from insolvency.

He also claimed that less revenue was collected during the PTI era.

“In four years, the PTI could not reach the tax-GDP ratio of the PML-N government. We had left it at 11.1pc and the PTI took it to 9pc. Khan Sahib used to say he would increase tax [collection] but he reduced it every year,” he added.

Ismail said, “It is the prime objective of every finance minister to curb inflation and focus on growth. My number one priority has never been to control inflation or to bring growth. My priority has only been to save Pakistan from default.”

To describe just how grave a situation the country could have fallen into before being “saved”, he spoke by giving an example of Sri Lanka, which recently declared bankruptcy.

The finance minister said, “Of late, petrol in the country cost 90 rupees and was sold at 3,000 rupees in the black market, hospitals shut down due to medicines running out, and women would stand in line for three days to get gas to power their stoves, and one had to queue up for 10 days to get petrol.”

Other than the presser, Miftah Ismail also shared his views in a series of tweets.

Our efforts to reduce imports have finally borne fruit. Imports in July, per FBR data, were only $5.0b compared to $7.7b in June. Given that we have pulled Pakistan back from the brink of default, our govt is determined to minimise the large current account deficit left by PTI.

tweet
Share on FacebookShare on TwitterShare on PinterestShare on Reddit
Saman SiddiquiJuly 31, 2022
the authorSaman Siddiqui
Saman Siddiqui, A freelance journalist with a Master’s Degree in Mass Communication and MS in Peace and Conflict Studies. Associated with the media industry since 2006. Experience in various capacities including Program Host, Researcher, News Producer, Documentary Making, Voice Over, Content Writing Copy Editing, and Blogging, and currently associated with OyeYeah since 2018, working as an Editor.
All posts bySaman Siddiqui