The premier needed 172 votes to win the confidence vote. 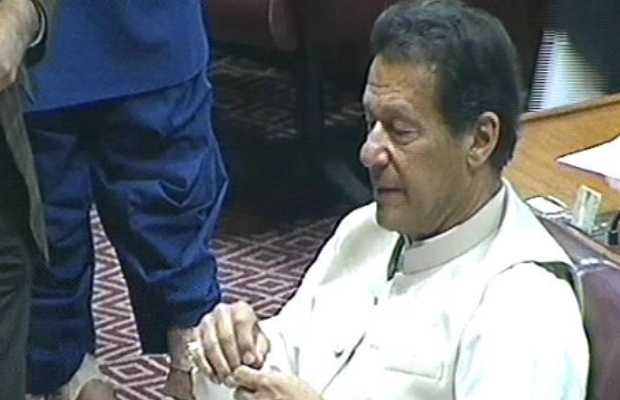 Prime Minister Imran Khan gets the vote of confidence successfully in the National Assembly on Saturday.

Prime Minister Imran Khan needed 172 votes to show a majority in the house. He achieved the task by securing 178 votes.

Prime Minister Imran Khan also vote while Speaker National Assembly did not cast the vote as he was presiding the NA session. And Fasial Vawda had tendered his resignation.

Announcing the result, the speaker said that eight years ago, Prime Minister Imran had been elected to the post with 176 votes.

The session began at 12:15 pm with a single-point agenda. Foreign Minister Shah Mahmood Qureshi presented the resolution in the House.

Amir Liaquat was given the floor by the speaker after the announcement of the results.

Dr. Aamir Liaquat Hussain recited a Naat as an ode to the victory of PM Imran Khan.

Afterward, MQM leader Khalid Maqbool Siddiqui took the floor and congratulated the premier on his success.

“You got the confidence [of the House], now it is your turn to return that confidence to the nation,” Siddiqui said.

While reminding the premier of his promises to his party and the country., he asked the PM to fill them accordingly.

While all the opposition parties, on the other hand, have boycotted the session.