Prime Minister Imran Khan had ordered a probe into the crisis in February. 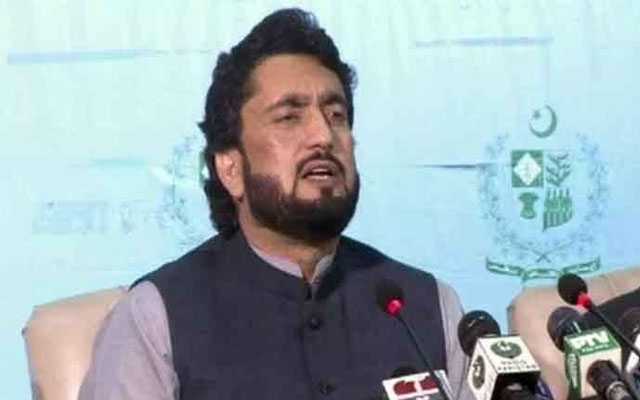 As per the notification issued by the cabinet division on Friday, it was mentioned that Afridi will now resume charge of the Minister of State for Narcotics Control.

On April 8, Prime Minister Imran had taken back the portfolio from Afridi in wake of the wheat and sugar crisis report, which upset several serving ministers and senior PTI leaders.

Following the Federal Investigation Agency’s (FIA) sugar crisis report, the PM had done a major cabinet reshuffle. Food Security Minister Khusro Bakhtiar had also resigned from his post but was appointed as the minister for economic affairs, replacing Hammad Azhar.

Meanwhile, Hammad Azhar was given the portfolio of industries and Azam Swati was given charge as the minister of narcotics control. Babar Awan was made the adviser for parliamentary affairs, replacing Swati.

Earlier, a report by the FIA had claimed that senior PTI members were among those who benefited from the recent sugar crisis in the country.

Prime Minister Imran Khan had ordered a probe into the crisis in February.

As said in the report, Tareen has gained the most from the recent crisis of sugar followed by Bakhtiar’s brother.

The report also claimed that the companies belonging to the close ally of PTI Moonis Elahi— Chaudhry Pervaiz Elahi’s son and a key member of the PML-Q, have also gained profits from the sugar crisis.

However, it was not mentioned in the report that under whose influence the Punjab government issued huge subsidies to sugar mills or why the Economic Coordination Council (ECC) approved the decision of sugar exporting.

In a response to the FIA document, Federal Minister for Planning, Development and Special Initiatives Asad Umar said he has faith that whatever the situation would be, PM Khan “will ensure justice”.

Tareen, while reacted to the report said that out of the Rs3bn current subsidy to the sugar mills, Rs2.5bn was given in PML-N’s government.

Some points to note on sugar inquiry report
1..My companies exported 12.28% while my market share is 20% so less than I could Have
2.Export was on first come
First serve basis
3.Of the total Rs 3 bn subsidy rec’d Rs 2.5 Bn came when N was in power and I was in opposition 😊 pic.twitter.com/T25Cu2FT60