The Duke and Duchess of Cambridge are parents to Charlotte, Louis, and George. 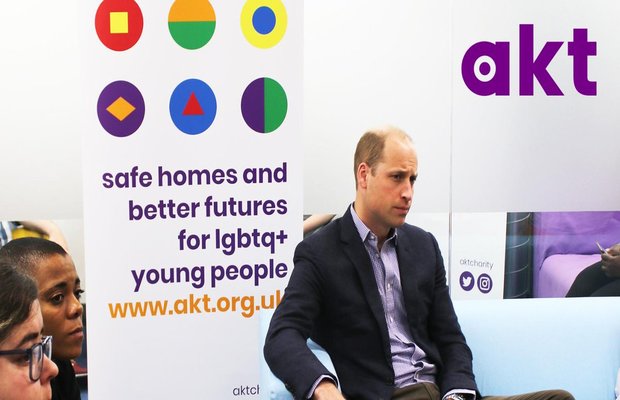 Prince William came out in support of the LGBT community. The Prince was on a visit to the London Headquarters of an LGBT charity trust, called Albert Kennedy Trust.

During an interaction with one of the members at the charity, Prince William said that he would fully support his children if they were gay but at the same time would also be worried about the added pressure they would face.

A father of three, Prince William, said, “I wish we lived in a world where it’s really normal and cool, but particularly for my family, and the position they are in, that’s the bit I am nervous about.”

The Duke also added that he would support his children in the decision they make but added that he will be bothered by the hateful words, persecution and the discrimination that might come with all of this and that it’s up to all of us to try and help, reported The Guardian.

akt is honoured to be welcoming His Royal Highness The Duke Of Cambridge to our new London service centre today, which is the first visit by a member of the Royal Family to an LGBTQ+ youth charity. 👑💜🌈 pic.twitter.com/1WBC9wFUVp

In a statement to the publication, Akt’s Chief Executive, Tim Sigsworth said that having a future monarch support his children if they came out LGBT would “make a huge difference” and “sent a message that we need to support, and we need to empower LGBT people.”

This is not the first time that Prince William has extended support to the LGBT community. He is also the first royal to feature on the cover page of a gay magazine, Attitude.

, became the first from the Royal family, who married his partner James Coyle in a same-sex marriage, the previous year.

tweet
Share on FacebookShare on TwitterShare on PinterestShare on Reddit
Saman SiddiquiJune 27, 2019
the authorSaman Siddiqui
Saman Siddiqui, A freelance journalist with a Master’s Degree in Mass Communication and MS in Peace and Conflict Studies. Associated with the media industry since 2006. Experience in various capacities including Program Host, Researcher, News Producer, Documentary Making, Voice Over, Content Writing Copy Editing, and Blogging, and currently associated with OyeYeah since 2018, working as an Editor.
All posts bySaman Siddiqui