Princess Meghan’s father reveals she is “ghosting” him

“I love you very much, you’re my daughter and I would really like to hear from you” 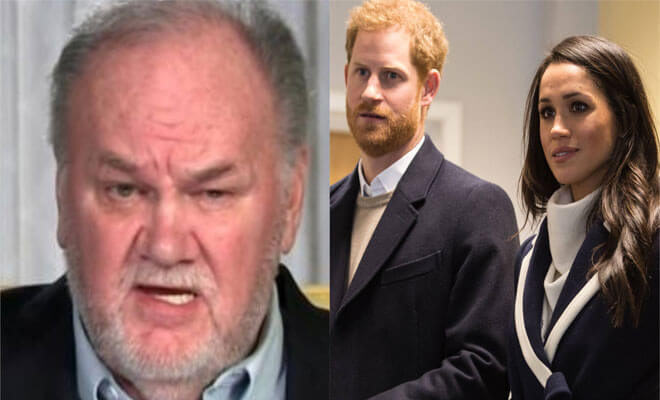 The Duchess of Sussex’s father, Thomas Markle has revealed that his daughter is not responding his texts. Meghan’s dad said that he tries to text his daughter every day but has not spoken to her since she married Prince Harry.

Speaking in a TV interview, Thomas Markle said he didn’t understand why Meghan was “ghosting” him.

“I love you very much, you’re my daughter and I would really like to hear from you” he said.

“Whatever differences we have, we should be work them out.” he added.

Mr Markle also revealed hopes he would be able to meet his daughter’s future baby, which is due in Spring 2019.

Thomas – who is yet to meet Prince Harry – said: “They will produce a beautiful baby – I hope to see a little Meghan or little Harry.

“I think she will make a great mum.”

Markle was invited to his daughter’s wedding in May, but was unable to appear to appear as he needed heart surgery.

In the run-up to the wedding Mr Markle became embroiled in a controversy over reports he had staged paparazzi photos of himself in wedding-related activities, such as being measured for a new suit.

Speaking from San Diego in the US, he said: “For that incident I’ve apologised 100 times – I don’t feel that’s worthy of being shunned or ghosted, that’s ridiculous.”