Private school’s registration suspended in Karachi after hidden cameras found in the washroom!

The incident was reported from The Haracks School, located in Scheme-33 of Safoora Goth 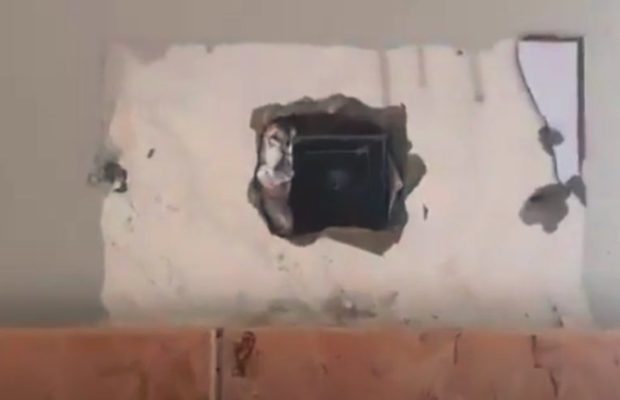 Private school’s registration was suspended in Karachi after hidden cameras were found installed in the washrooms!

The order from the Sindh education department stated, “Hidden CCTV cameras were installed behind a sheet with holes in the area of the washbasins situated with the toilets of girls and boys/washrooms, so that one can easily watch the movements of male and female students and staff.”

As being reported, a teacher of The Haracks School, located in Scheme-33 of Safoora Goth, had approached Sindh Education and Literacy Department on November 3, seeking action against the school administration.

The teacher filed a complaint with the provincial education department stating that she had discovered hidden cameras in the school’s washroom and sought action against the administration.

Following the report, an inquiry committee from the education department’s Directorate of Inspection and Registration of Private Institutions visited the school.

The inspection team had found hidden cameras installed in the washroom’s walls.

A notice was served to the  school administration, and principal or senior official  was ordered to appear before the department on Nov 4 and present their stance.

However, no one from the school appreaded before the committee.

The directorate’s director general Dr Mansoob Hussain Siddiqui subsequently issued the orders to suspend the registration of the school with immediate effect.

The decision has been taken under Section-8 (1) (Cancellation or suspension of certificate of registration) of the Sindh Private Educational Institutions (Regulation & Control) Ordinance 2001 (Amended) Act, 2003.

According to the notification of the education department, the registration of the school will remain suspended until the completion of the investigation.

tweet
Share on FacebookShare on TwitterShare on PinterestShare on Reddit
Saman SiddiquiNovember 5, 2021
the authorSaman Siddiqui
Saman Siddiqui, A freelance journalist with a Master’s Degree in Mass Communication and MS in Peace and Conflict Studies. Associated with the media industry since 2006. Experience in various capacities including Program Host, Researcher, News Producer, Documentary Making, Voice Over, Content Writing Copy Editing, and Blogging, and currently associated with OyeYeah since 2018, working as an Editor.
All posts bySaman Siddiqui