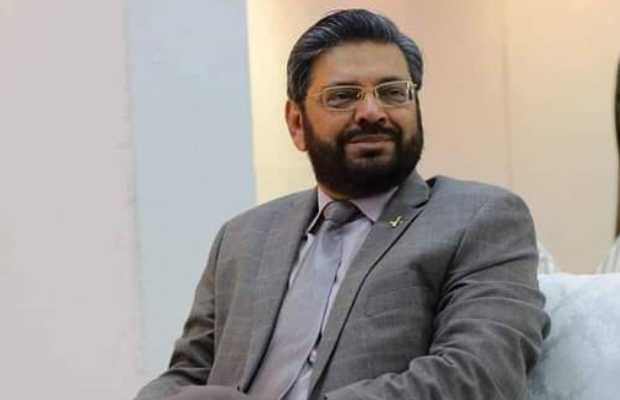 Dr. Shakeel-ur-Rehman Farooqi, former chairman of the Department of Genetics and former President of Anjuman-e-Asataz and Anjuman-e-Talaba, was laid to Karachi University’s graveyard rest on Monday.

Dr. Farooqi passed away on Monday at the age of 61  after a brief illness due to contracting coronavirus.

According to the family, he had been undergoing treatment in a private hospital for a few days. He was also suffering from other ailments including heart disease.

His funeral prayers were offered after Namaaz e Maghrib at KU’s Masjid-i-Ibrahim and later he was buried in the university graveyard.

Dr. Farooqi has been the most popular personality on the varsity campus for his activism for teachers’ and students’ rights.

He was twice elected President of Anjuman-e-Asatza Jamia 2017-2016. He also served as a member of the Syndicate and Advisor to the Shaykh of the University.

He was the last president of the Karachi University Student Union in 1984 when General Zia-ul-Haq’s regime banned student unions across Pakistan.

He was also a prolific writer, anchorperson, and columnist, and an exceptional orator.

Born on June 20, 1960, in Hyderabad, completed his intermediate education in 1978 from the National College and bachelors in science (botany) from KU with a gold medal.

He completed a postgraduate diploma in statistics in 1984 and MSc in genetics in 1986.

Dr. Farooqi was appointed a lecturer at the KU’s genetics department in 1988 and was promoted to the post of assistant professor in 1995. He retired from the university last year.

He received his doctorate from Kansas State University in the United States in 1994 on a scholarship.

Dr. Farooqi’s sad demise is being regarded as a big literary and social loss for Pakistan.

Many of his students, colleges, and followers shared obituary messages on social media on his death.

Saddened to learn about the sudden demise of my teacher Dr. Shakeel-ur-Rehman Farooqi. He had been critically ill from COVID-19 for the last few days. I learnt Classical Genetics and Research Methodologies from him. May his soul rest in peace.#Coronaviruspakistan

Saeed Ghani said that the services of Dr. Shakeel Farooqi for education could not be forgotten. While he has rendered invaluable services in the field of education, his services to his students and teachers are also commendable.