#LebanonProtests: Here is why the ongoing protects in Lebanon are most incredible

Amid all sorts of chaos, Lebanese people made sure to lighten up the mood with empowering speeches, and great humor. There were music, dance and a couple of celebrations as well. 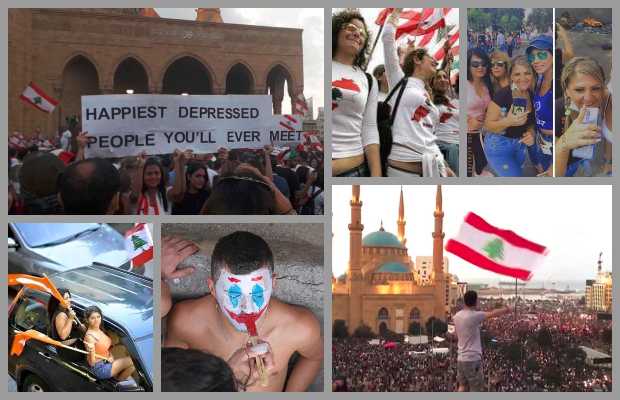 People across Lebanon have been protesting against corruption and the economic crisis for the last 5 days Hundreds of thousands marched in Beirut, and other cities marking it one of the biggest protests in more than 10 years of Lebanese history.

Hundreds of thousands have taken to the streets across Lebanon. The massive protests were sparked by a proposed tax on calls made via apps like WhatsApp, the protests began in earnest Thursday night with demonstrators forcing road closures around the country and reported to be still continued.

Normally, what comes to the mind instantly upon hearing of massive protests and sit-ins, is a clash between the authorities and the protestors, tear gas! But these recent protects in Lebanon have created history.

2019 has seen so many mass protests across the globe: Hong Kong, Ecuador, Chile, Spain, Lebanon, Iraq, Egypt, and the Global protests against climate change in nearly every developed nation. But none of those have been a match for these Lebanese protests.

Amid all sorts of chaos, Lebanese people made sure to lighten up the mood with empowering speeches, and great humor. There were music, dance and a couple of celebrations as well.

Here, have a look at how creative these Lebanese people have been throughout the massive protests. These pictures speak louder than words and have garnered international attention. Its the next level of Arab Spring! 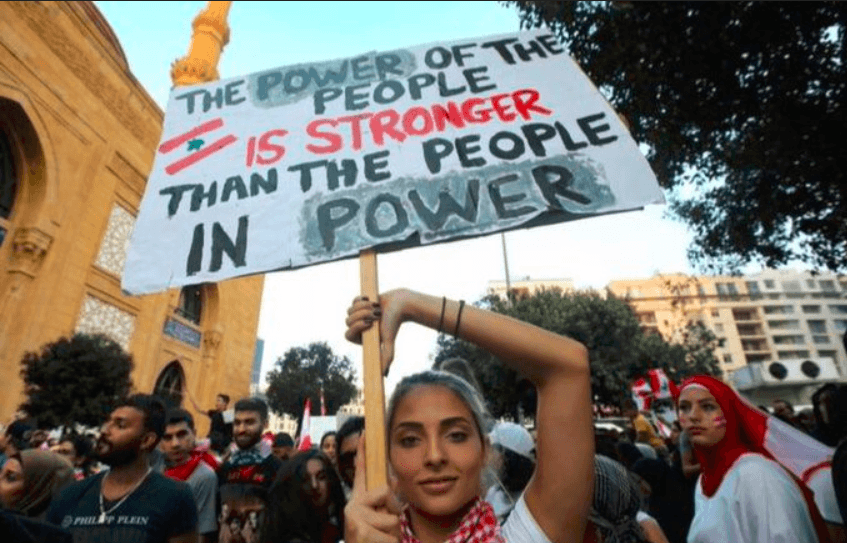 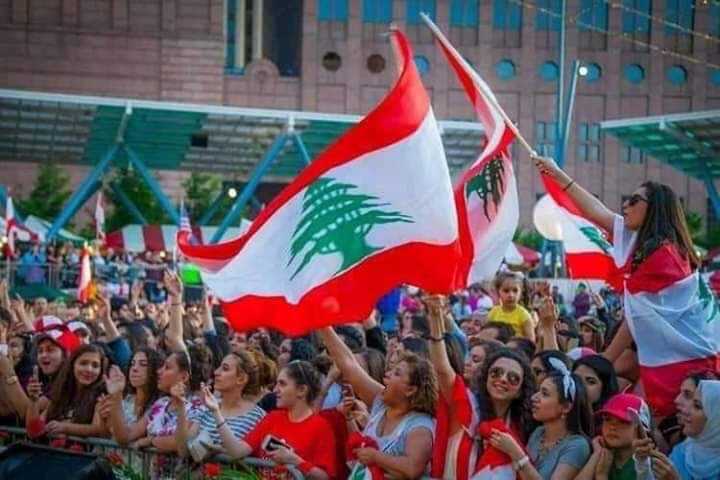 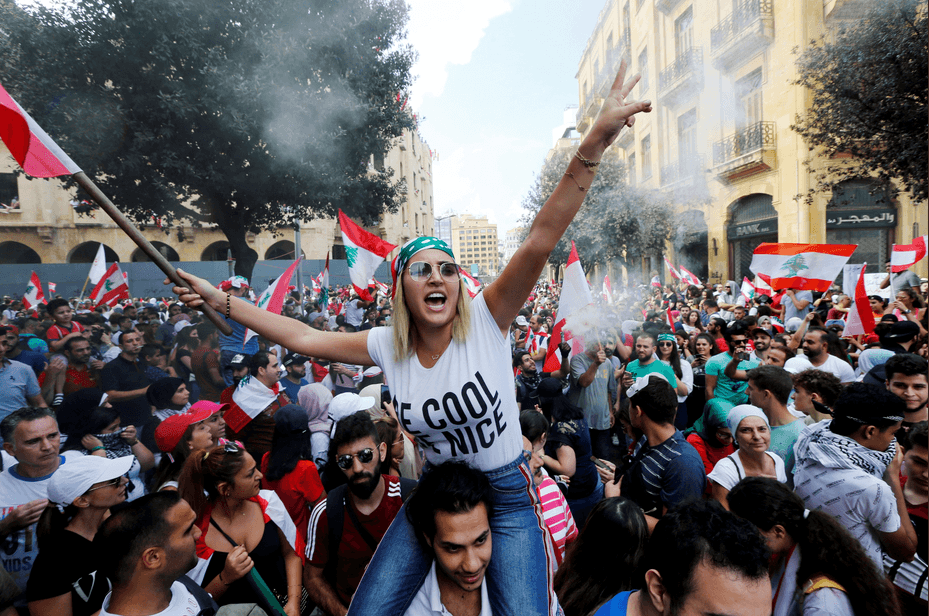 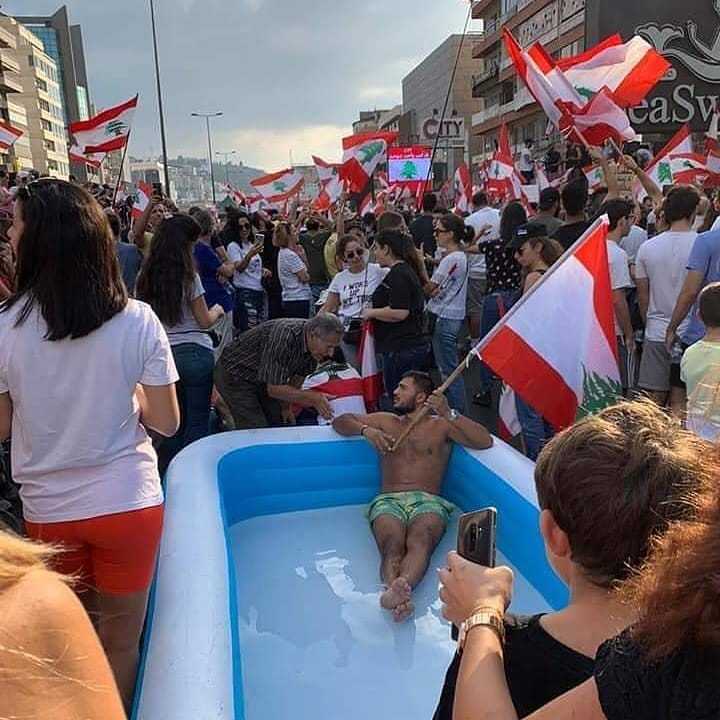 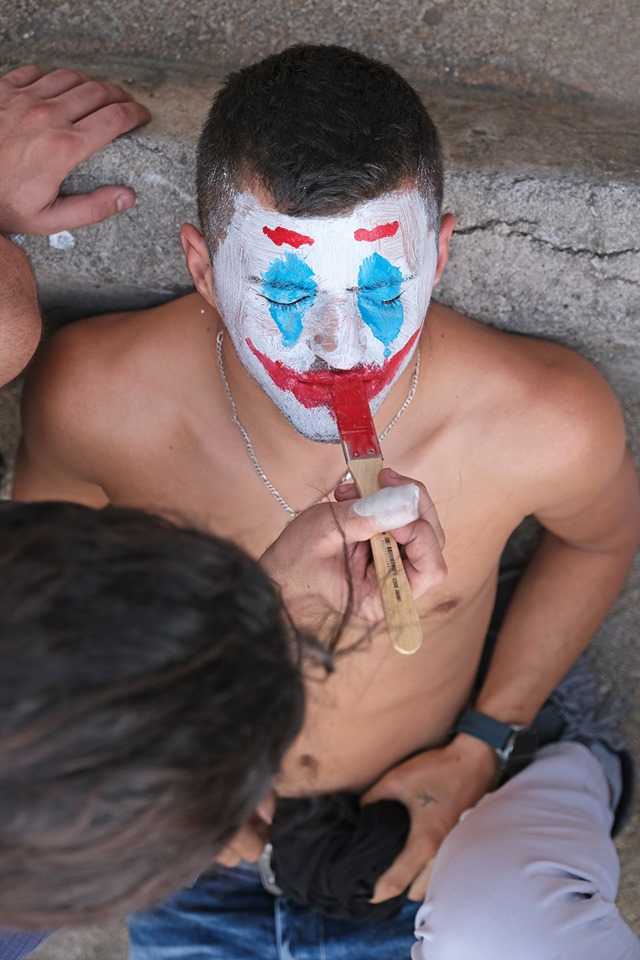 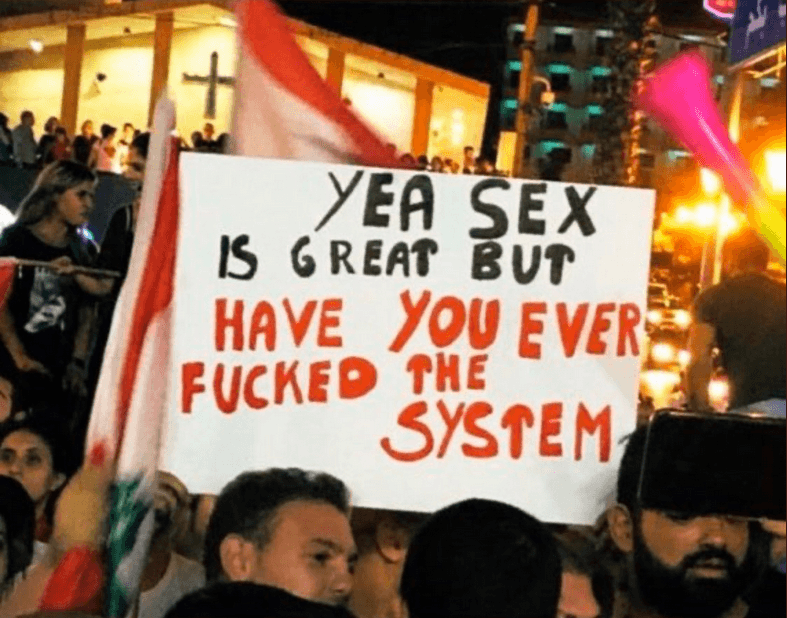 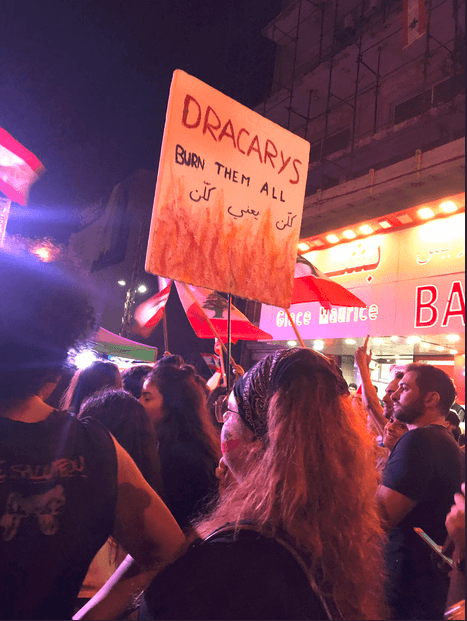 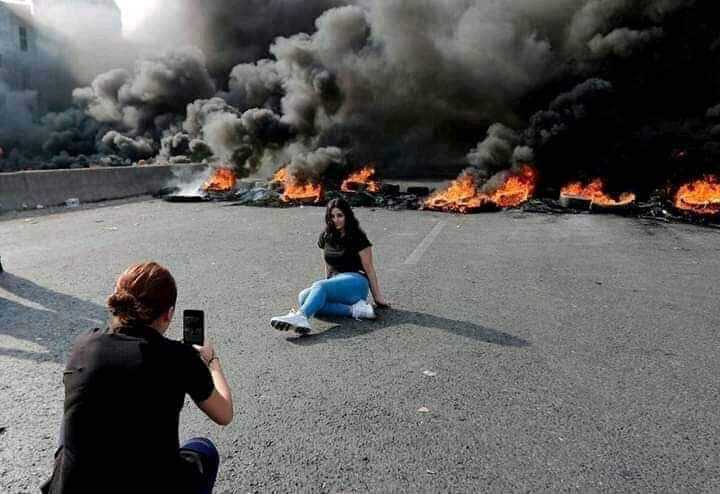 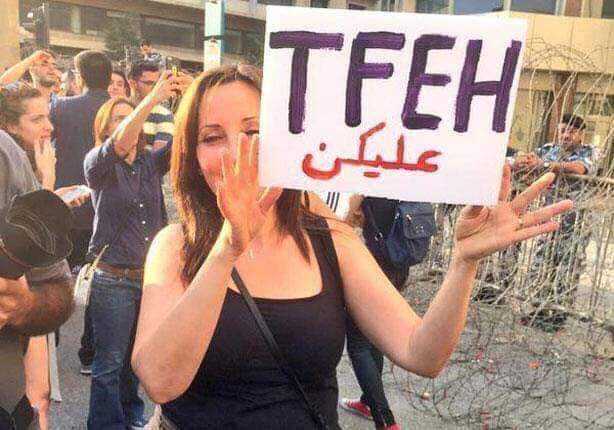 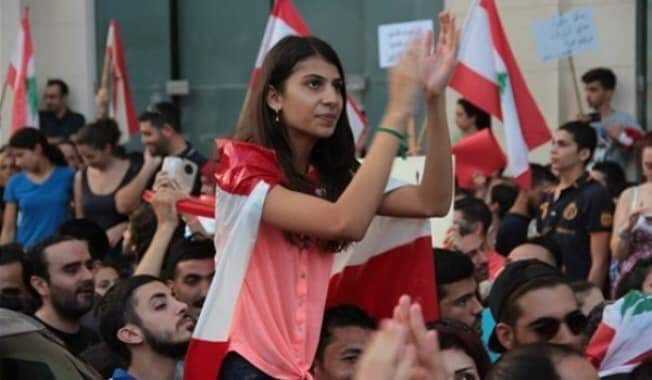 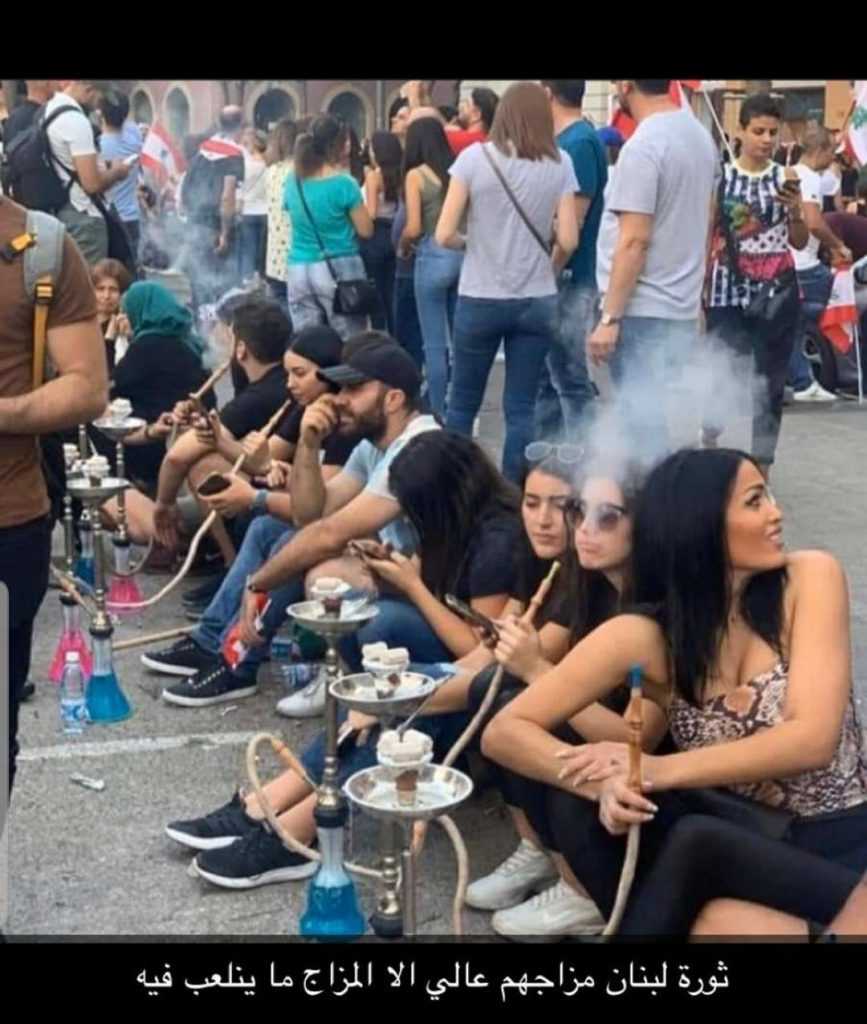 Protesters in Lebanon celebrated a birthday in the middle of the protest.

Protesters in Lebanon celebrating a birthday in the middle of the protest.

This guy seized the moment and proposed to his girlfriend in the middle of Riad Solh, in downtown Beirut.

And no kidding! There was also a wedding celebration too. These lovebirds got married amidst the protest, and the protesters chanting in support and celebration!

A belly dancer was spotted during the protest, warming hearts of many with encouraging moves. Definitely a new side added showing how to make protests more effective!

More of female participation was observed throughout Lebanon:

The scene wasn’t different in Tripoli in the north, Lebanon’s second-largest city, often branded by foreign media as extremist, a city that has seen war and poverty in the past years. The protesters were dancing with a Dj on the weekend in the midst of protest.

My favorite video yet. This is from Tripoli, Lebanon’s second biggest city. #LebanonProtests #لبنان_ينتفض pic.twitter.com/uyQwwitZL1

It’s a crazy scene in Tripoli. Huge crowd for the 6th night of protests. #LebanonProtests pic.twitter.com/0fnahxuhhd

Social media at the moment is laden with so many unbelievable scenes from the ongoing protest, which undoubtedly are more than enough to make people shameful who create a mess all across the globe in name of the protect. You would have already seen how protestors tried to soothe the baby in the car by singing Baby Shark.

The Arab Spring rose up to fight corruption, repression, inequality and austerity. The Lebanon and Iraq protests show this spirit is still very much alive. If we want a progressive future, we need to build up a global movement of and for working people. pic.twitter.com/KTheQouKK8

Bella Ciao 🎶 Watch till the end 🔊 on pic.twitter.com/kFhGO2x2wz

People around the world are done with government corruption.

Lebanon you are beautiful & I love you; Please never change ❤️🇱🇧#LebaneseProtests pic.twitter.com/5BMTYU3if1

They’re at it again. Protesters are sifting through garbage and separating plastics and glasses. #LebanonProtests #recycling pic.twitter.com/bFtGi8esdY