All four terrorists have been killed whereas four security guards and a police sub-inspector were martyred. 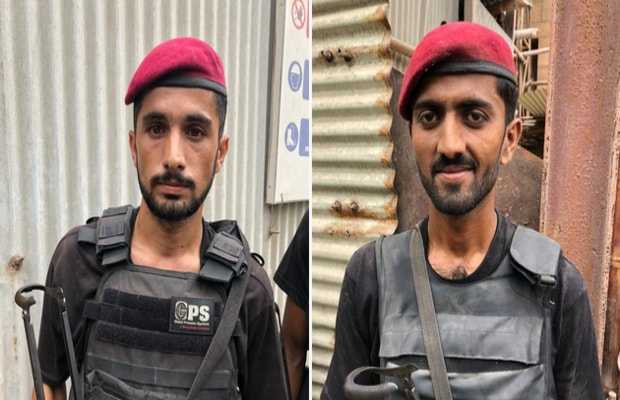 By the Response of Constable Khalil and Muhammad Rafiq , the terrorists were successfully neutralized - OyeYeah News
0Share
410Views

Pakistan Stock Exchange in Karachi came under a terrorist attack on Monday morning, as the four-armed terrorists who had arrived in a sedan and attempted to storm the PSX compound from its parking side. They threw grenades after which they entered the building and opened fire.

However, with the timely response of Constable Khalil and Constable Muhammad Rafiq of Rapid Response Force Sindh Police, the terrorists were successfully neutralized.

These brave policeman who initially engaged the terrorist after they got down from the car, killing one on the spot while injuring others. The injured terrorist drew a hand grenade but before he could throw it, he was shot down.

The Inspector General Sindh Police has confirmed that four terrorists were killed and seven injured were shifted to a hospital nearby. The IG also stated that AK-47 rifles, hand grenades, magazines, and other explosive material were obtained from the terrorists.

tweet
Share on FacebookShare on TwitterShare on PinterestShare on Reddit
Saman SiddiquiJune 29, 2020
the authorSaman Siddiqui
Saman Siddiqui, A freelance journalist with a Master’s Degree in Mass Communication and MS in Peace and Conflict Studies. Associated with the media industry since 2006. Experience in various capacities including Program Host, Researcher, News Producer, Documentary Making, Voice Over, Content Writing Copy Editing, and Blogging, and currently associated with OyeYeah since 2018, working as an Editor.
All posts bySaman Siddiqui