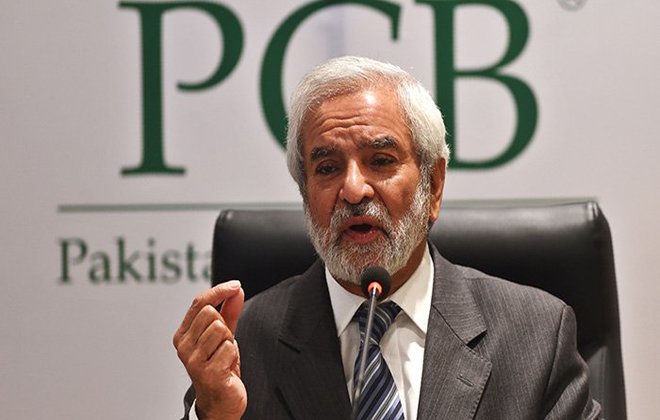 Good news for Karachits! Chairman Pakistan Cricket Board (PCB), Ehsan Mani has confirmed that the final match of Pakistan Super League 2019, the fourth edition, will be played in Karachi.

While addressing the presser at the National Stadium, Karachi, Ehsan Mani announced the venue for the PSL 2019 edition, on Wednesday.

Chairman PCB said, he is visiting Karachi to check the progress of the ongoing development work in National Stadium Karachi.

He also added that add that Karachi has given incomparable cricket gems.
“Karachi is a very important center for Pakistan cricket. When Karachi is strong in cricket, then Pakistan cricket also does well”, said Ehsan Mani

While talking to media on PSL matches, Mr. Chairman added, “Next time we want to increase the number of PSL matches in Pakistan. As more overseas players play here, the more confident they get that there is no problem in playing in Pakistan”.

We are in discussion with many teams on Pakistan tour but i dont want to name it: Chairman Pcb Ehsan mani pic.twitter.com/5hvwDWMcBk

Also on question about the captain of national team for world cup 2019, Ehsan Mani endorsed that Sarfaraz Ahmed will be the caption.

PCB is in talks with BCCI for Indo-Pak Series but decisions will be taken after general elections in India, said the chairman.

We will treat India as equal we will not become their servant: Ehsan Mani on relation with india pic.twitter.com/LruaF3wuO3

Last year’s final was also played at National Stadium Karachi, which was won by Islamabad United for the third time after defeating Peshawar Zalmi.