Fawad Chaudry took to social media accusing the CEC of being partisan and dishonest. 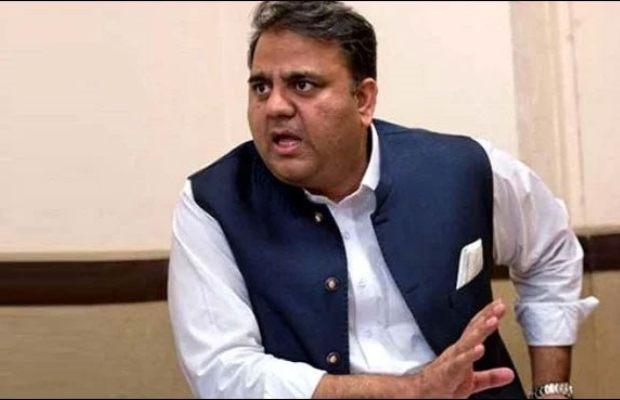 The decision of protests was taken during a meeting of the political committee presided over by PTI Chairman Imran Khan.

(PTI) has announced to stage protests outside the offices of the Election Commission of Pakistan across the country from Tuesday following the refusal of Chief Election Commissioner (CEC) Sikandar Sultan Raja from stepping down from his post,


Following the party meeting, Fawad Chaudry took to social media accusing the CEC of being partisan and dishonest.

He alleged that a declaration to de-seat the PTI’s dissident assembly members had still not been issued by the ECP.

“In this connection, the PTI will hold a protest in front of the ECP offices across the country on Tuesday against the behaviour of the election commissioner,” Fawad Chaudhry said. 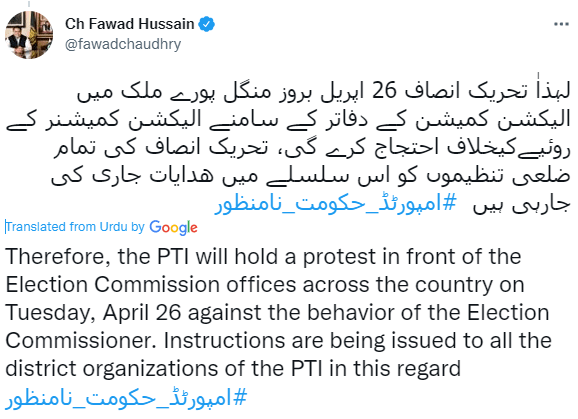 On the other hand, the Election Commission of Pakistan (ECP) has decided to write a letter to the Home Secretary to ensure the security of its offices against the PTI’s protests scheduled on April 26 across the country.

Accordign to the news source, the Commission has also called an urgent meeting to make decisions on the security matters of provincial election commissions and district offices tomorrow (Monday).