PTI deletes its list of ‘good’ and ‘bad’ journalists after backlash on social media.

The lists were shared by the PTI Lahore official Twitter handle, however, the tweets were taken down after meeting with backlash on social media.

The list of ‘bad’ journalists on social media, calling them “anchors/mediamen building narratives for the corrupt”.

“Let take these names loud and clear,” the tweet said shared with the hashtag ‘HardTalkNotCapitalTalk’.

Though the tweets were taken down, but the internet never forgets! 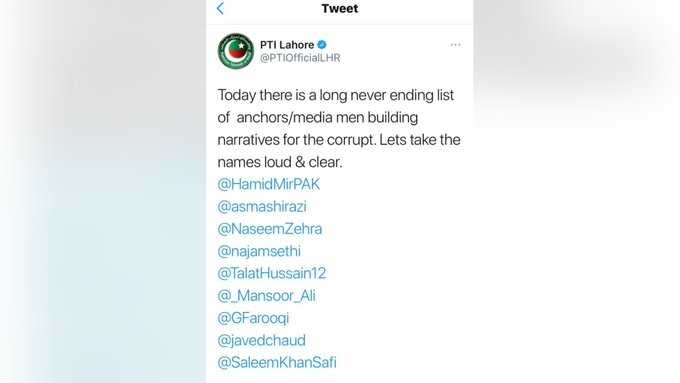 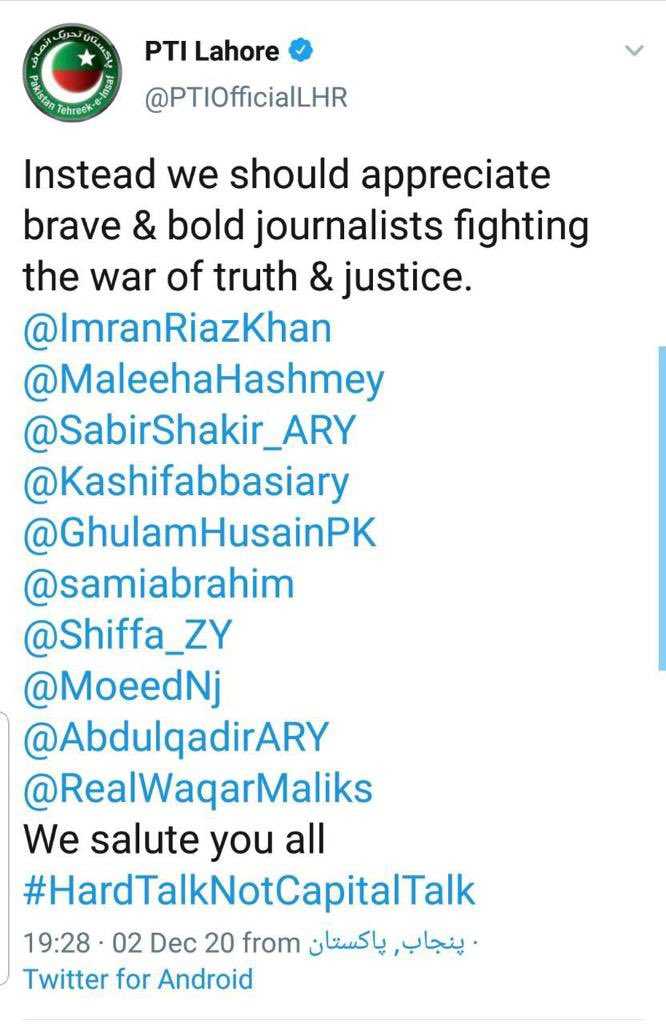 The lists met with harsh backlash on social media, considering it as an attack on press freedom, many came out condemning this act in Tweets:

PTI official verified accounts have launched a campaign list of their favourites and hated media persons. This is how PTI and it’s sitting government takes criticism. #Journalismisnotacrime pic.twitter.com/TBZqxXd9sL

Online attacks on Pakistani #womenjournos continue to escalate. CFWIJ condemns the vicious attacks by PTI trolls against these brave #women #journalists. Bias linked to PTI makes up 42% of #gendertrolling campaigns launched against #WIJ.

#Journalismisnotacrime @ImranKhanPTI were is @BBC like media in Pakistan????
Shame @PTIofficial https://t.co/NW8zPdlEpD