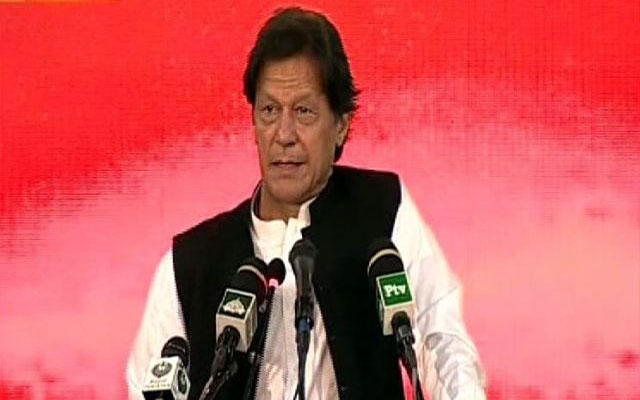 Pakistan Tehreek-e-Insaf (PTI) has completed its 23rd year of struggle!

Prime Minister Imran Khan on Wednesday said that he has been struggling over the time of 23 years to carry out his responsibility towards the people of Pakistan.

Addressing at a ceremony on the occasion of Pakistan Tehreek-e-Insaf (PTI) 23rd Foundation Day, the premiere said that he had nothing to gain from politics and he could have spent his life by commenting on cricket but he chose to struggle for Pakistanis.

“I had nothing to gain from politics. I had everything a person can have — wealth, fame, respect. I could have spent my life just by commenting on cricket,” he said.

“A man of faith knows that he has to answer to God.” The Prime Minister asserted, “The more you receive from God, the more responsibility you have towards the society.”

PM Khan, on recounting his political struggle said, “Struggle is never a straight journey as there are always highs and lows. Sometimes people get disheartened and leave you and only a few come back.”

He continued with the statement, “People made fun of us, called PTI a ‘tonga party’, PTI is the only party that has struggled. It was not supported by a general, or inherited.”

Reminiscing the time when he was growing up, PM Khan said that Pakistan was progressing so quickly and our leaders were respected by the world but then this respect began to fade away at the hands of those who started caring about their own interest instead of thinking about the country.

The Prime Minister in his speech, repeated his vision for Pakistan and stressed to implement Madina’s principles in the country.

“The structure of the Medina state is the system of the modern state and it was because of this structure that Muslims ruled over the world for 1,000 years,” he said.

He also cited the examples of Malaysia and Singapore saying that these countries followed the policies of justice and welfare taught by Islam to sustain the stability.

The event was attended by ministers, PTI leaders, supporters and special assistants to the Prime Minister.