PTI’s Long March kicks off from Liberty Chowk, Lahore after facing some delays.

PTI supporters and marchers start assembling at Liberty Chowk earlier in the day.

As the march follows the route off of the metro bus, the Punjab government suspended the Lahore Metro Bus Service on Friday.

While all the private schools around Liberty Chowk were closed down amid the long march call.

PTI chairman is riding his specially built container to lead his party’s long march towards Islamabad.

PTI leaders Shah Mahmood Qureshi, Asad Umar, Senator Faisal Javed, and others are also accompanying their leader on the container.

Addressing the crowd at Liberty Chowk, former prime minister Imran Khan said that his march is not for politics or personal interest but to free the nation.

“Its only aim is to free my nation and turn Pakistan into a free country,” he added.

“The time has come to start the journey for Haqqani Azadi (real freedom),” said PTI Chief. 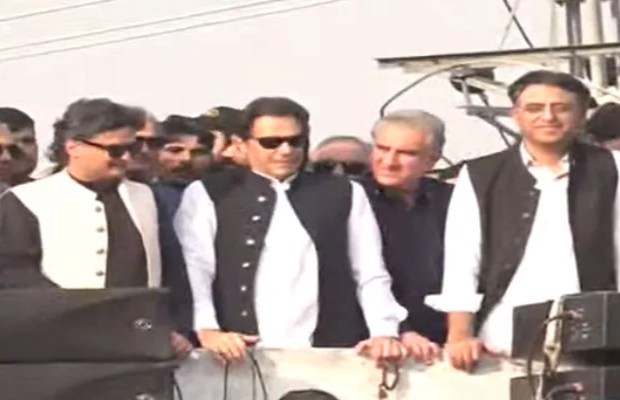 “Listen to me DG ISI, the things I know, I am staying silent for my institutions and the country. I don’t want to damage my country,” the PTI chief added.

The PTI has dedicated its long march to slain journalist Arshad Sharif and the media fraternity, saying people must come out in large numbers if they wanted “actual change” in the country.

Addressing a press conference in Lahore, PTI leader Fawad Chaudhry accompanied by Asad Umar, said that Imran Khan was the only leader who could bring about a much-needed change in the country. 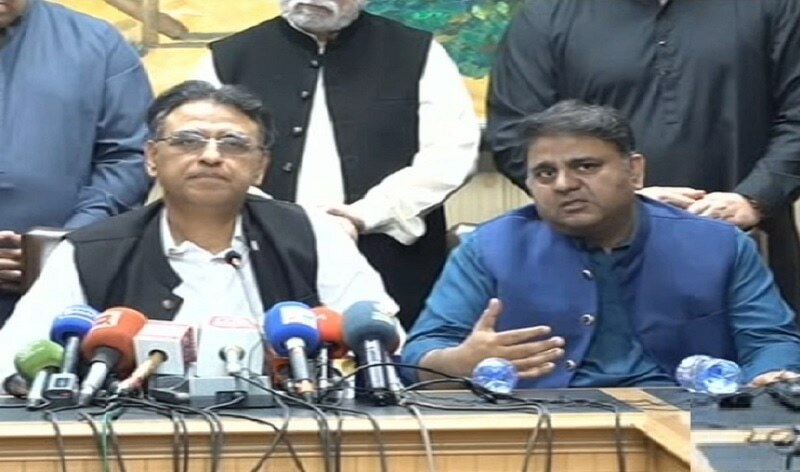 “You should take part in this march even if you do not belong to the PTI. The nation must reject decisions taken behind closed doors,” Fawad Chaudhry said, adding that Imran would leave Zaman Park shortly and head towards Liberty Chowk.

He underlined that the future of Pakistan was dependent on the success and failure of today’s march.

“If this movement fails, then the nation will fail,” he added.