PTV decides to take Nouman Niaz off-air, while Shoaib Akhtar wont be part of any of its transmission 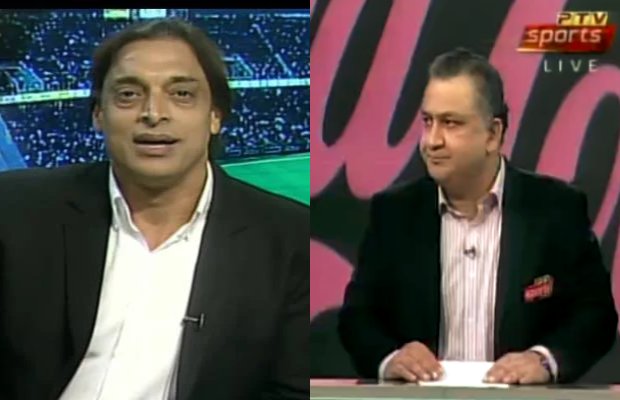 PTV decides to take Nouman Niaz off-air, while Shoaib Akhtar won’t be part of any of its transmission.

The decision comes as management of the state-owned tv channel is conducting an inquiry following Game On Hai live drama.

Both of them won’t be allowed to take part in any program aired by PTV till the ongoing inquiry as per the statement issued by PTV management.

It happened during the live show on  PTV Sports on Tuesday night when the host of  Game On Hai Dr. Nauman Niaz asked former fast pacer Shoaib Akhtar asked the former pacer to leave.

Both had an argument that ended creating controversy while talking about  Haris Rauf after Pakistan and New Zealand T20 World Cup match.

During the panel discussion, Akhtar was sharing his opinion on Haris Rauf and mistakenly took Shaheen Shah Afridi’s name. Dr. Nauman corrected him but later ended in a heated exchange.

The whole world saw the situation which was quite awkward when the host of the show Nauman Niaz behaved inappropriately.

The incident invited outrage on Twitter, with many calling out the state-run Tv channel administration to sack the anchor and the PTV management finally took notice. 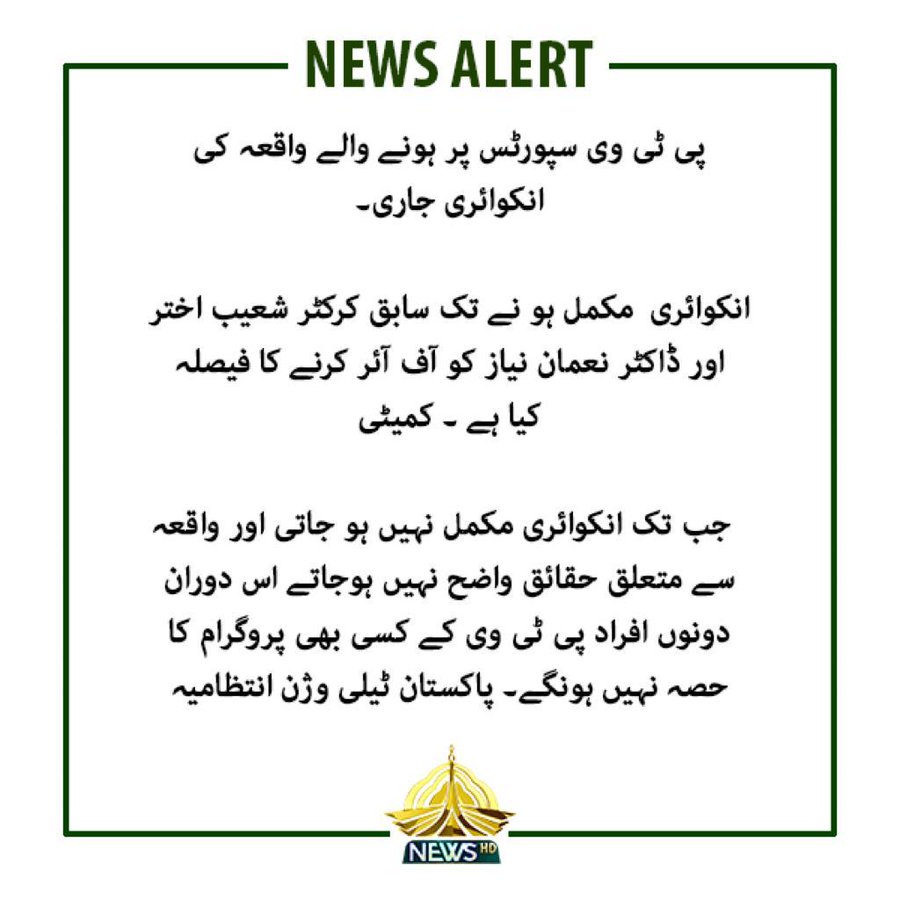 Meanwhile, the former fast pacer found the decision quite hilarious as he had resigned during the PTV Sports live show before walking off the set.

As being reported, Prime Minister Imran Khan has sought a report on the matter from the Information Ministry.

The humiliation inflicted on the national hero is unbearable, said the Prime Minister, the sources said.

According to the sources, PM Khan instructed the Information Ministry to crack down on those responsible for the spat.