Pakistan Television Corporation (PTVC) has sacked eight contractual employees after the approval of the newly appointed chairman of the board of directors Naeem Bukhari.

As per the official notification, PTV was short of finances as there were around 3,560 regular employees in the organization.

“It has been decided in principle that the number of contract employees on high salaries has to be drastically reduced. This has the approval of the federal minister for information and broadcasting as well as the information secretary,” says the termination notice. 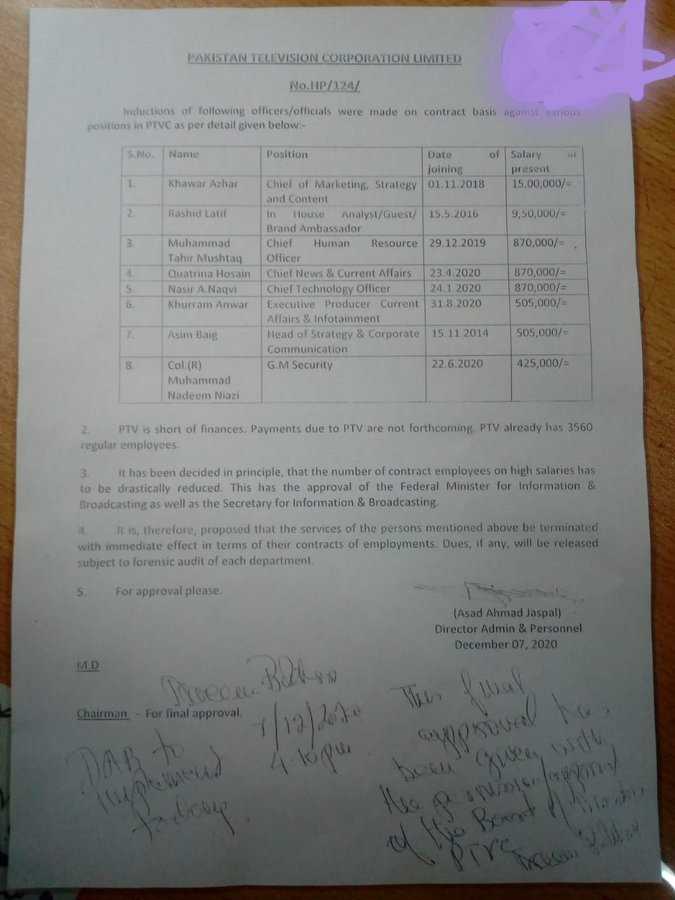