Public transport to resume with SOPs

Punjab, KP decide to conditionally lift ban on public transport, while Sindh declines to do so 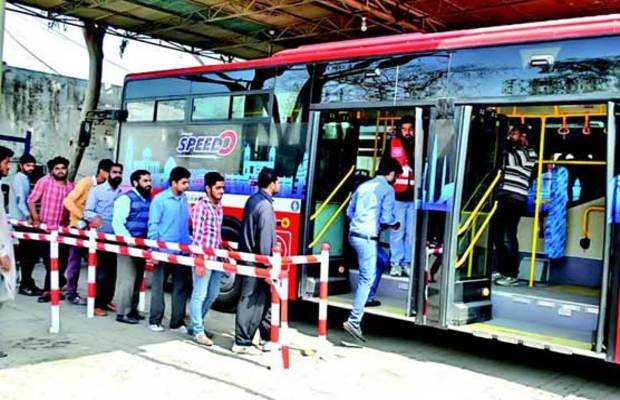 The government has announced the resumption of public transport while following standard operating procedures (SOPs).

The notification from the PM’s office urges the citizens to follow precautionary measures while using public transport.

In light of federal government orders, the KP government has announced the resumption of public transport from May 18 (Monday) under the strict implementation of standard operating procedures (SOPs).

Read More : All markets, except shopping malls to reopen across Sindh from Monday with SOPs

According to the notification, divisional commissioners through regional transport authorities, after due consultation with transporters on SOPs, will open intra-district and district to district transport through individual orders on routes deemed appropriate by them. 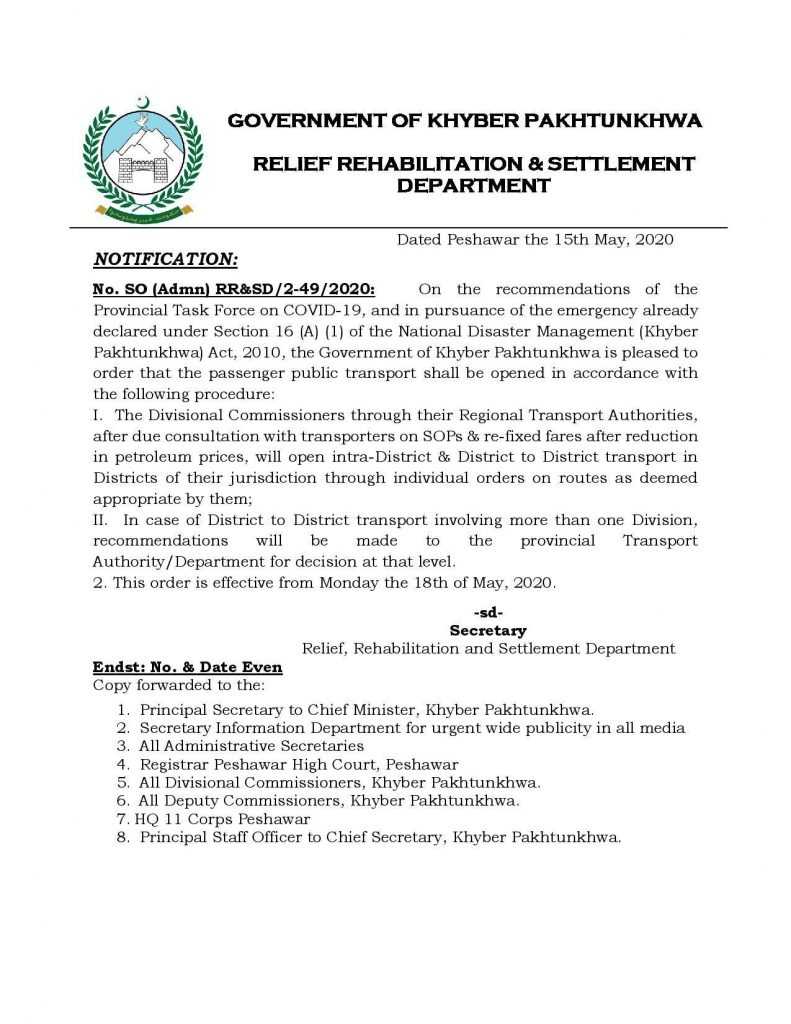 The Punjab government also announces that Chief Minister Usman Buzdar had decided to conditionally lift the ban in the light of the premier’s appeal.

However, the Sindh government has declined the PM Imran Khan’s decision citing a spike in Covid-19 cases in the province.

The Sindh government has made it clear that it was not going to lift the ban on public transport vehicles soon, citing that by doing so it could “turn Karachi and other cities in the province into Italy and Wuhan city in China” where tens of thousands contracted the new coronavirus and thousands died.

Earlier, while addressing a press briefing in Islamabad, Prime Minister Imran Khan said, “I believe that whatever steps we opt for must take into account helping the most affected — our lower-income strata of society.”

“The United States has not shut it nor has Europe. Why have we?”

Meanwhile, Railway Minister Sheikh Rashid has said that train operations throughout the country can resume on a 24-hour notice period whenever Prime Minister Imran Khan gives the go-ahead.

While addressing at a press conference in Lahore, Rashid said that 540 train coaches have been readied following standard operating procedures (SOPs) issued by the government. He added that the staff has been trained to minimize the risk of spreading the virus.

Pakistan has already resumed domestic flight operations as of May 16, Saturday. The first domestic flight departed from Karachi to land at Lahore’s Allama Iqbal International Airport.