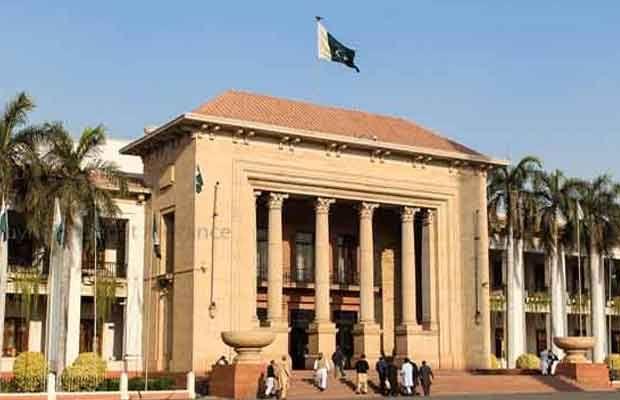 Punjab Assembly’s crucial session on Sunday lasted for only 13 minutes.

Sunday’s session which was due to start at 12:30 pm, however, was delayed for nearly two hours and after commencing it lasted for few minutes only.

The session started without the PML-N and PPP lawmakers.

The session was presided over by the Panel of Chairman Wasim Khan Badozai, whit only 26 MPAs in attendance in the House.

The Assembly session has been adjourned till June 6 at 12:30 pm.

While all the outsiders were barred from entering Punjab Assembly.

tweet
Share on FacebookShare on TwitterShare on PinterestShare on Reddit
Saman SiddiquiMay 22, 2022
the authorSaman Siddiqui
Saman Siddiqui, A freelance journalist with a Master’s Degree in Mass Communication and MS in Peace and Conflict Studies. Associated with the media industry since 2006. Experience in various capacities including Program Host, Researcher, News Producer, Documentary Making, Voice Over, Content Writing Copy Editing, and Blogging, and currently associated with OyeYeah since 2018, working as an Editor.
All posts bySaman Siddiqui