The allocated land will be treated based on the available revenue record - 52 acres under the ownership of CAA and 70 acres with the government of Punjab. 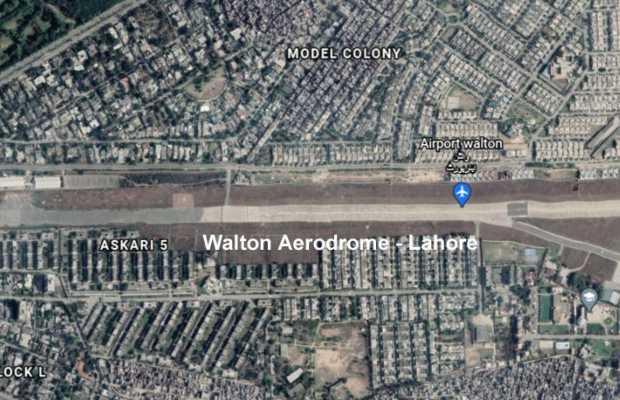 Lahore Central Business District Development Authority (LCBDDA) also known as Central Business District Punjab (CBD Punjab) has been allocated Walton Airport land by Punjab Govt for a 99-year lease. LCBDDA is set to contribute to the modern urbanization of Pakistan’s international best practices to help assemble a business community that was never seen before in the country.

Lahore Central Business District Development Authority (LCBDDA) is aligned with the government vision focusing to encourage more influx towards the national exchequer, similarly, shifting the old Walton Airport from the center of the city. Such efforts will help to change the overall culture of business and investment in the country, setting the right direction to the future where we will be able to pay off our foreign loans.

The government of Punjab has compensated 486 acres of state land to CAA. Walton airport has already been decommissioned due to citizen’s safety hazards in the residential premises of the city.

The allocated land will be treated based on the available revenue record – 52 acres under the ownership of CAA and 70 acres with the government of Punjab. Revenue-sharing will be based on a percentage as per ownership in net profit with the first three years as a grace for the development of infrastructure. Shareholding of the government of Punjab will be 57.4% in line with 70 acres of land while the CAA share will be 42.6% of net profit. The total land area is 122 acres.

Approval of land equity model at the rate of 42.6% of net profit for 52 acres of CAA land as recommended by the committee constituted by the cabinet in the case considered on April 1, 2021; appointment of director-general CAA as “Authority to award” compensation as under Sub-section 6(2) of the Civil Aviation Ordinance, 1960.

CBDs, the areas with high economic activity will provide suitable ecosystem and infrastructure to supporting the income of people. Our urban population with 37% of the total in Pakistan contributes over 60% to the country’s gross domestic product (GDP). This contribution may likely increase as Pakistan rides high on economic growth. Urban groups, in presence of central business districts (CBDs), office facilities, and business hubs will carry new opportunities.