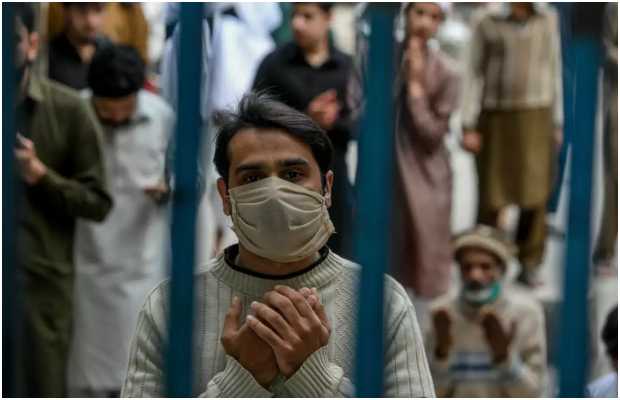 The province of Punjab is reportedly worst hit by the third wave of COVID-19.

Punjab reported 1,239 new coronavirus cases and 34 deaths on Saturday, according to government data.

Amid surging positive cases of coronavirus, the provincial government has imposed a complete ban on sports activities and outdoor dining has also been restricted.

Besides this, the government has also decided to ensure the closure of commercial markets and shops at 6 pm for a period of two weeks due to a sudden spike in confirmed Covid-19 cases. 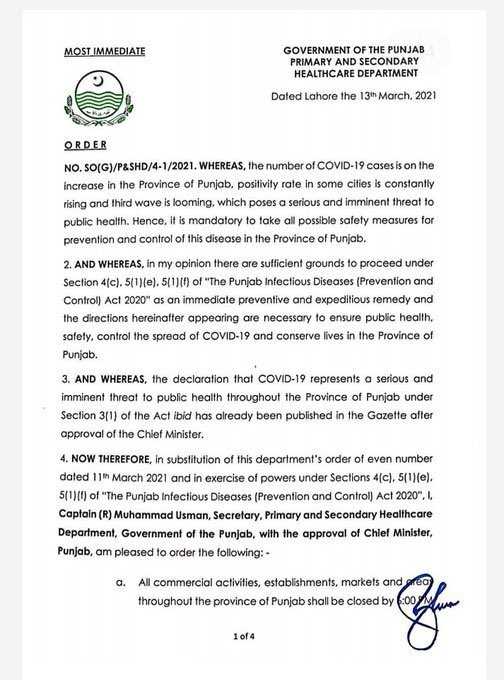 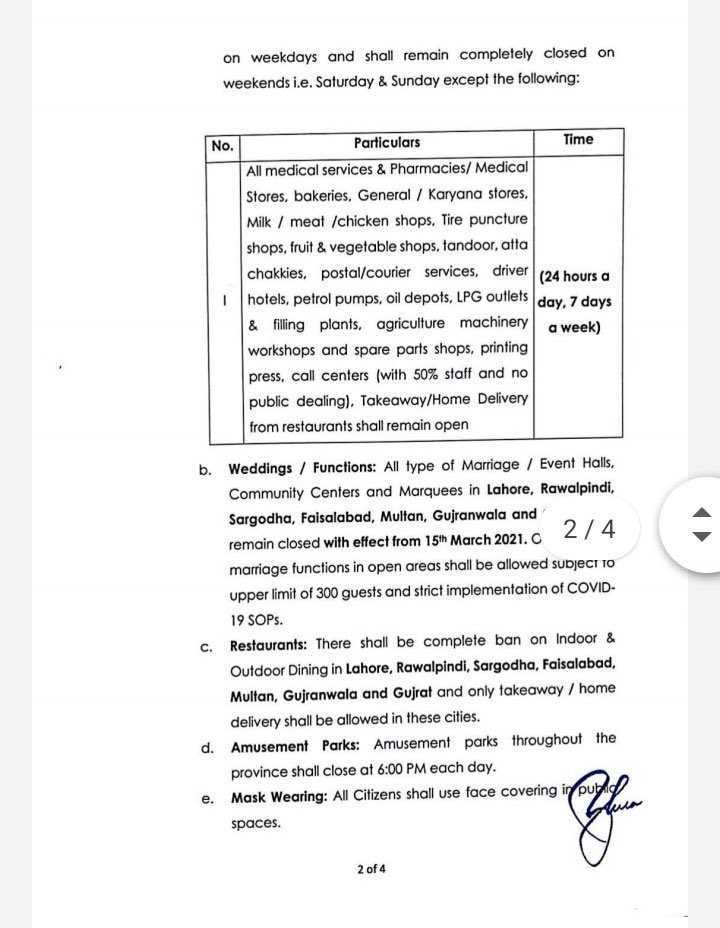 While the Punjab Auqaf department has also announced the closure of 547 shrines, across the province including Lahore’s Data Darbar will be closed till April 15.

However, the Data Darbar shrine’s manager, said the mosque located inside the shrine will remain open for prayers.

However, milk shops, tandoors, pharmacies, bakeries, and takeaway services are exempted from the decision.

It was a day ago when Punjab Health Minister Dr. Yasmin Rashid in a press conference revealed that 70% of new coronavirus cases in Lahore and three other districts of Punjab were of the new virus strain that originated in Britain.

According to the health minister, 70% of the coronavirus cases in Lahore, Jhelum, Okara, and Gujarat had the British strain.

She further added that a large number of people from these districts travel to the UK.

According to the Health Minister, the British and Wuhan viruses are similar in severity, the British strain spreads more rapidly.

According to her, so far 3.4 million tests have been carried out in Punjab, including 187,000 in educational institutions. While In Lahore, schools were closed down due to new cases reported being 8%.

The Provincial  Minister informed that the recreational parks will be closed at 6 pm while the decision to open cinemas and mausoleums has been withdrawn.

About 50 percent of office workers will work from home, she added.

Punjab has the highest number of deaths among all provinces and federal territories of Pakistan.