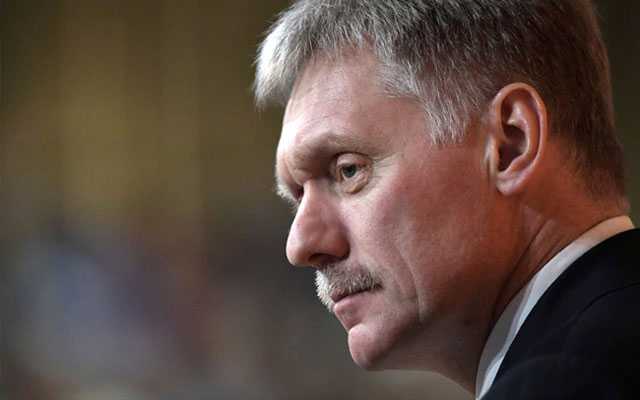 “Yes, I am sick. I am receiving treatment,” Peskov - OyeYeah News
0Share
131Views

The spokesperson of Russian President Vladimir Putin, Dmitry Peskov said Tuesday that he had tested positive for the COVID-19 infection and was receiving treatment at the hospital, Russian news agencies reported.

“Yes, I am sick. I am receiving treatment,” Peskov was quoted as saying by the Russian news agency.

The spokesperson revealed he had last met the Russian President in person over a month ago, TASS news agency reported.

Meanwhile, the Kremlin has stated that Putin’s health is carefully protected and that he gets the best medical treatment the country has to offer.

Earlier on Tuesday, Putin had a face-to-face meeting with Igor Sechin, the head of oil giant Rosneft.

The Russian President has been working remotely from his residence outside Moscow and holding many meetings via video conference.

Peskov is the latest high-profile government or Kremlin official to have tested with the novel coronavirus— the fourth senior government official to have contracted the virus, after Prime Minister Mikhail Mishustin, Culture Minister Olga Lyubimova and Construction Minister Vladimir Yakushev said they tested positive for the COVID-19.

Among the government officials, none were reported to be in a serious condition, with only Mishustin in hospital who was still holding some meetings by video link.