New Speaker Raja Pervaiz Ashraf has been elected unopposed, will take oath of his office 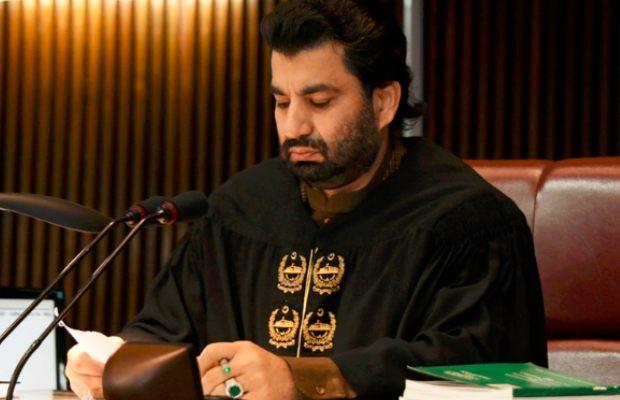 Qasim Suri resigns as National Assembly deputy speaker ahead of a no-trust vote against him.

He tendered his resignation on Saturday an hour before the voting on the no-confidence motion against him was to take place in the house.

Qasim Suri said the resignation reflected his commitment to his party’s vision and democracy.

“We will never compromise on Pakistan’s sovereignty and integrity. We will fight for the country’s interests and independence. We will go to any length to protect Pakistan,” he tweeted soon after resigning.

Earlier, the session of the National Assembly has been convened today at 12 noon to hold voting on the no-confidence motion against Deputy Speaker Qasim Khan Suri.

After Suri’s resignation, there was no need to hold voting.

The other assembly agenda item also includes the election of a new speaker of the house after the resignation of Asad Qaiser.

PPP leader Raja Pervaiz Ashraf, has been elected unopposed as no other contender for the slot of NA speaker was in the run, would take the oath to his office.

Suri had also been functioning as the acting speaker following the resignation of Asad Qaiser.

He faced massive criticism in recent days over a contentious April 3 ruling to dismiss a no-confidence motion against former prime minister Imran Khan.

His decision to defer the session scheduled for the NA speaker’s election from April 16 to April 22 was also criticised and has been termed as a delaying tactic.