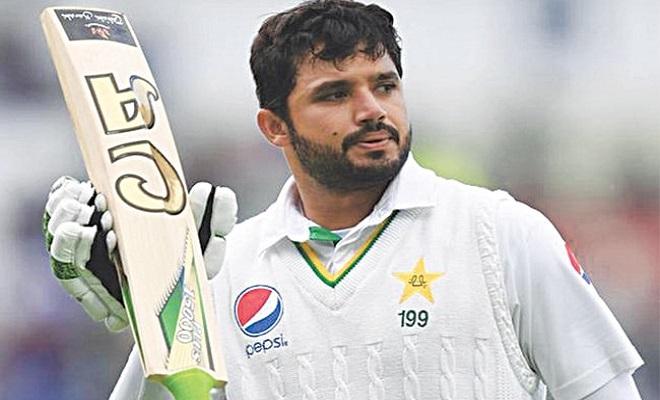 Central Punjab beat Balochistan by an innings and 12 runs, in the 3rd round of the Quaid e Azam (QeA) Trophy to open up a 29 point gap between them and the chasing pack. Persistent rained resulted in two tame draws in Rawalpindi and Abbottabad.

On the back of a double century from Salman Butt and hundreds from Azhar Ali and Zafar Gohar, Central Punjab piled up 521 runs. For a change, the batting side took the initiative and motored along at over 4.2 runs per over. Despite some rain, this gave their bowling ample time to take 20 wickets. Twin 70s from Quetta Gladiators’ Bismillah Khan, were not enough and Balochistan playing at home crumbled under pressure in both innings. Nasim Shah, Bilal Asif, and Zafar Gohar impressed with the ball for CP.

In Abbottabad, only 84 overs were possible through the four days due to stubborn downpour. Pakistan hopefuls Sahibzada Farhan and Israrullah knitted a 167 run opening partnership. Ashfaq Ahmed also impressed with 61 not out for the home side, Khyber Pakhtunkhwa. Encouragingly, for Southern Punjab and Pakistan, Mohammad Abbas regained some form picking up two wickets.

It was a similar story in Rawalpindi because of weather interventions. On the back of 17-year old Rohail Nazir’s 67 and Hammad Azam’s 58 Northern posted 271. For Sindh, Kashif Bhatti continued his impressive form picking up a three-wicket haul. So did veteran pacer, Tabish Khan. In response, Sindh’s top order was strong with the fifties for Khurram Manzoor, Saad Ali and Captain Asad Shafiq. Sohail Tanvir, Hammad Azam, Haris Rauf, and Nauman Ali all picked up a wicket each.

With two wins in three matches, Central Punjab leads the league table with 59 points. Sindh and KP are joint 2nd with 30 points with three draws.