Prime minister Shehbaz Sharif joined around 500 world leaders, including US President Joe Biden, and royals from across the world at Westminster Abbey in funeral service 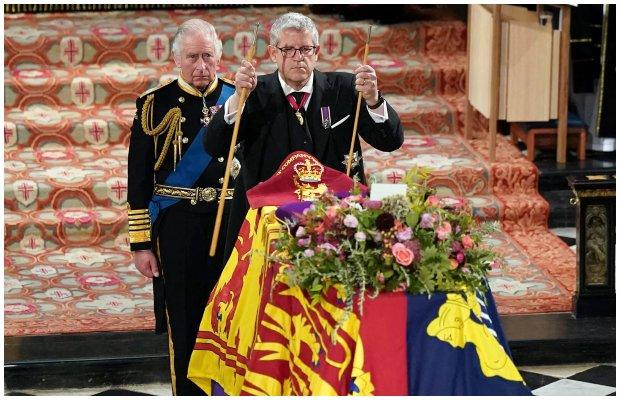 Queen Elizabeth II has been laid to rest at Windsor Castle after a state funeral on Monday.

A committal ceremony was held at St George’s Chapel on the grounds of the castle, where the Queen’s coffin was lowered into the Royal Vault, —just moments after the Imperial State Crown, Orb, and Scepter were removed from the top of the coffin, with a private burial service taking place later this evening.

At the end of the Committal Service, The King placed The Queen's Company Colour of the Grenadier Guards on the Coffin.

At the same time, The Lord Chamberlain "broke" his Wand of Office and placed it on the Coffin to signify the end of Service. pic.twitter.com/GyX7Wsa7Ee

The Queen was  Laid to Rest with her late husband The Duke of Edinburgh, alongside her father King George VI, mother Queen Elizabeth The Queen Mother, and sister Princess Margaret.

Prior to that Queen Elizabeth’s coffin made rounds to its final destination where hundreds of thousands of well-wishers lined the route her hearse took from London, throwing flowers, cheering, and clapping as it passed from the city to the English countryside.

Earlier in the day, the funeral service was held at Westminster Abbey, the Gothic church located in central London where the Queen was crowned in 1953.

Her coffin then made its way through Central London in a funeral procession more than a mile long that involved thousands of members of the U.K.’s military.

The funeral of Her Majesty The Queen.

Prime minister Shehbaz Sharif joined around 500 world leaders, including US President Joe Biden, and royals from across the world at Westminster Abbey for a somber ceremony to bid farewell to Queen Elizabeth II.

As reported, some 2,000 mourners – including heads of state, prime ministers, presidents, and members of European royal families were in attendance for the funeral at the abbey, where the first guests took their seats hours before the service started.

The youngest generation of British royals were also among the mourners, having a highly visible place at Queen Elizabeth II’s funeral.

Prince George, 9, and Princess Charlotte, 7, attended the state funeral—a nod to their enormous significance in the royal family, despite their young age. 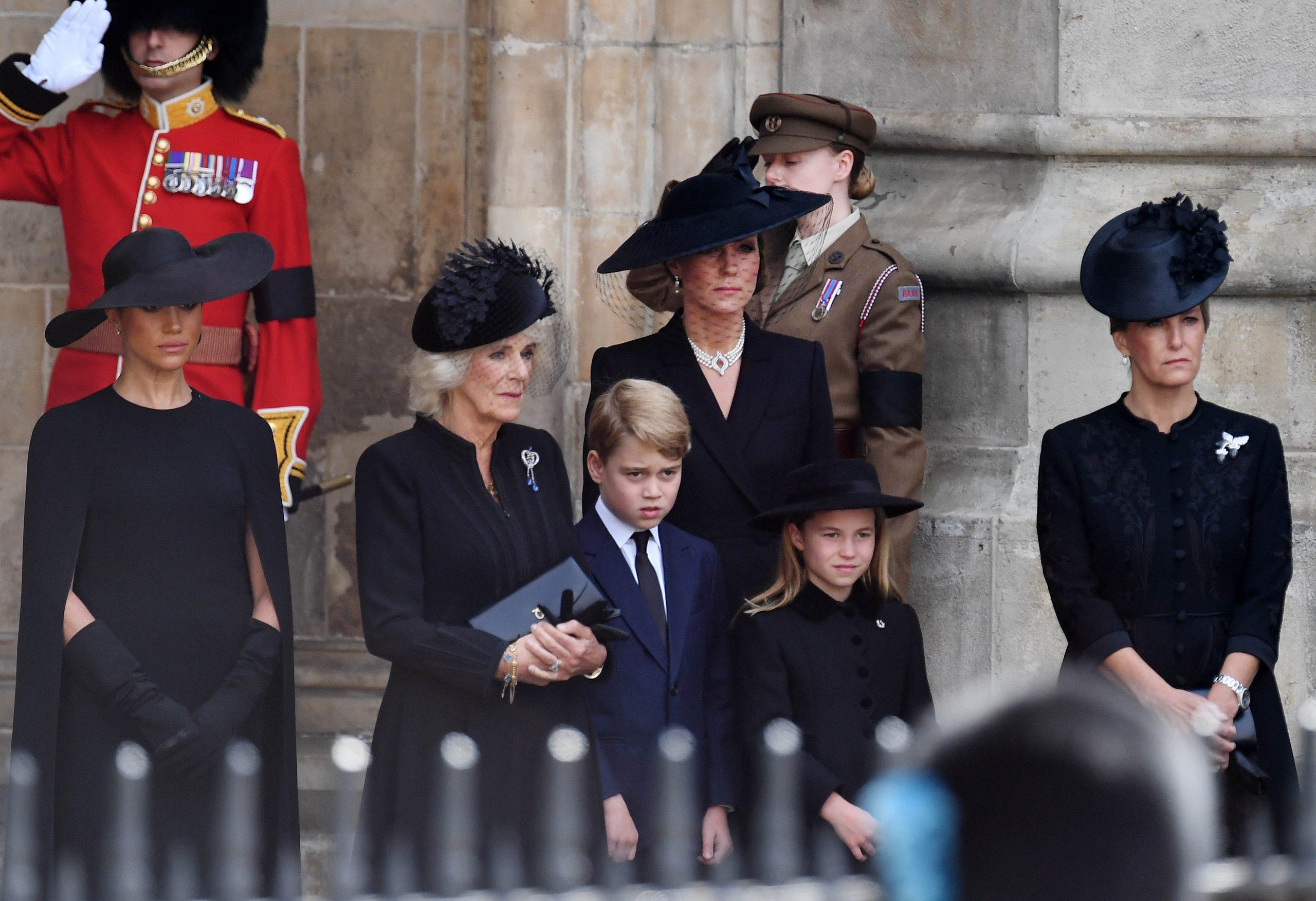 Following the death of Queen Elizabeth II, Prince George is second in line to the throne, while Princess Charlotte is third.