#Quetta: At least 3 killed, scores injured in a blast on Fatima Jinnah Road

The officials are yet to determine the nature of the blast. 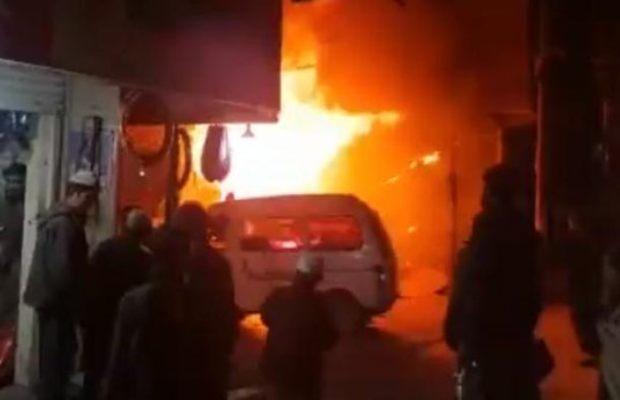 At least three people have been killed and more than 20 injured in a blast in Quetta on Wednesday evening.

As being reported, a blast occurred on Fatima Jinnah Road, in Quetta near a police mobile.

A DSP ranked police officer has been martyred in the blast.

According to the witnesses, nearby shops caught fire after the blast.

Police and other law enforcement agencies have reached the spot and investigations are underway.

Following the incident, Fatima Jinnah Road and its surrounding streets have been cordoned off and closed for traffic.

The Deputy Inspector-General (DIG) Quetta Fida Hassan said that all the injured people have been shifted to Quetta’s Civil Hospital.

The officials are yet to determine the nature of the blast.

Balochistan Chief Minister Mir Abdul Qudoos Bizenjo has strongly condemned the incident and directed hospitals in the provincial capital to impose an emergency.

tweet
Share on FacebookShare on TwitterShare on PinterestShare on Reddit
Saman SiddiquiMarch 2, 2022
the authorSaman Siddiqui
Saman Siddiqui, A freelance journalist with a Master’s Degree in Mass Communication and MS in Peace and Conflict Studies. Associated with the media industry since 2006. Experience in various capacities including Program Host, Researcher, News Producer, Documentary Making, Voice Over, Content Writing Copy Editing, and Blogging, and currently associated with OyeYeah since 2018, working as an Editor.
All posts bySaman Siddiqui