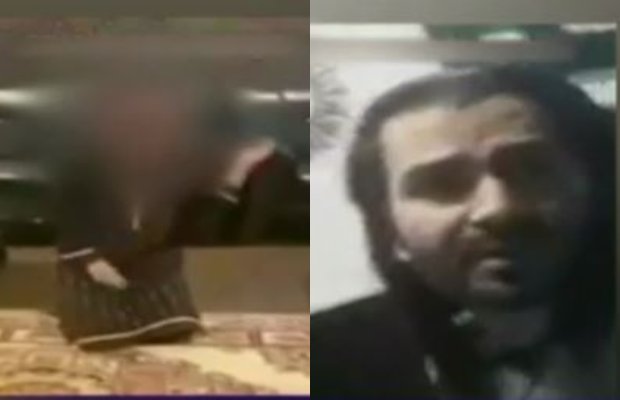 Yet another shocking video scandal emerged revealing accused Hadayat Khilji and Khalil Khilji, who were arrested for recording indecent videos, raping and kidnapping women who came to them for seeking jobs.

On Friday, Quetta Police arrested two suspects, who turned out to be brothers,  for their alleged involvement in blackmailing girls and forcing them to make inappropriate videos.

The suspect drugged the young girls after luring them with the prospect of jobs and then blackmailed them after making obscene videos of them,” the police said.

A first information report (FIR) in this regard was registered on Dec 2, at Quaidabad police station on the complaint of the mother of the two girls under Sections 34 (common intention), 354-A (stripping woman of her clothes), 365-B (seducing or forcing of adults into illicit intercourse), 376 (punishment for rape), 376-A (disclosure of the identity of the victim of rape, etc), 496-A (enticing or taking away a woman), 503 (criminal intimidation), 506 (punishment for criminal intimidation) and 509 (violating modesty or causing sexual harassment) of the Pakistan Penal Code.

Reportedly the police have also confiscated mobile phones, videos, USBs, and other devices containing the videos from the suspects and have sent them for forensic analysis.

On the other hand, Lala Yousuf Khilji, the head of the Balochistan peace tribe, sought forgiveness from the members of the affected family on behalf of the entire Khilji clan in a video message shared on social media.

For the past few days, the Twitter timeline has been in an uproar over the heinous incident as the videos of the victims went viral.