The Baloch Liberation Army has claimed responsibility for the Quetta blasts 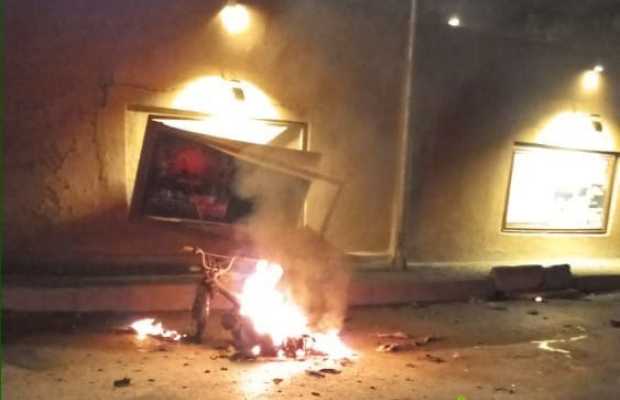 Two policemen were martyred while 22 others got injured in two separate explosions in Quetta, the provincial capital of Balochistan, on Sunday.

The Baloch Liberation Army (BLA) claimed responsibility for the Quetta blasts, according to the news source.

In the first explosion near Quetta s Unity Chowk on Sunday evening, at least two policemen were martyred and 21 others injured.

Four passers-by were also wounded in the blast that targeted a police mobile near Tanzeem Chowk, Balochistan government spokesperson Liaquat Shahwani confirmed in a statement.

He said the bomb was fitted into a motorcycle. The injured were shifted to the hospital.

Later in the day, another blast took place on Sariab Road in Quetta, injuring one person.

According to the Police sources, the miscreants had planted explosives under a wheelbarrow.

Balochistan Chief Minister Jam Kamal Khan condemned the attack and expressed sadness over the martyrdom of the two police personnel.

“Terrorist elements want to ruin the province’s peace. [We] will never allow terrorists to succeed in their nefarious plans,” he was quoted as saying in a statement.

The chief minister directed officials to submit a report on the incident and to provide the best available treatment facilities to the injured.