Many eyebrows were raised when QG’s picked the pacer 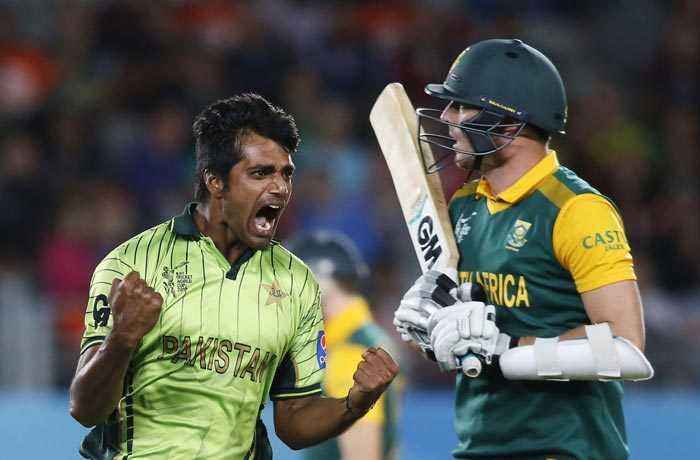 What is their management thinking? What’s the rationale behind this move? There were many other, much better options available. Why him? He isn’t even a regular in the Pakistan test side. Rahat Ali’s choice by Quetta Gladiators raised many eye brows. The usual suspects called it by usual names, Parchi. Then came the National T20 cup, where Rahat Ali went for plenty. The questions changed into jibs and taunts. Personally, I am a fan of Rahat Ali’s consistent line and length, a trait he displaced profusely under Misbah ul Haq’s ‘dry’ strategy. Ideal for test, deadly in T20s. But even that consistency had evaded the left armer, ever since that tour to England, and retirement of Pakistan’s most successful captain, seemingly put a full stop to Rahat Ali’s career too.
But Quetta decided to take a punt on him. An expensive one at that. However, it looks as if Rahat is paying them back. He has picked only 3 wickets but all of them crucial, massive wickets at key moments in the game. Bowling in power plays, his RPOs is well under 7. The gives the captain, a lot of options to play around with his bowling options.

Lahore Qalandars and Umer Akmal are in a toxic relationship

In the 1st game, while he went for 9 an over, he was able to make a key breakthrough by dismissing Babar Azam. We all know what Babar is capable of in innings building scenario. In the 2nd game, he started the slide for Lahore Qalandars, by cramping up and dismissing the dangerous Sunil Narine. Lahore never recovered and Rahat finished with 1 for 26. Last night, he bowled an absolute beauty to get rid of Asif Ali. It nipped off the wicket, late to hit the top of off stump. Absolutely unplayable ball. Islamabad were banking on top three to take them off to a brisk start, but Asif Ali’s wicket dented their scoring as Duminy was sluggish during his time on the wicket.

So far, in all three seasons Quetta have gone a bit under the radar. They don’t attract massive names but come up triumphs when it matters. This season, at the draft it looked as if they had missed a trick. However, with their replacement draft and the form of Mohammad Nawaz as well as Rahat Ali has covered up the holes in the squad.

#T20WorldCup: Pakistan to play warmup matches against WI and SA