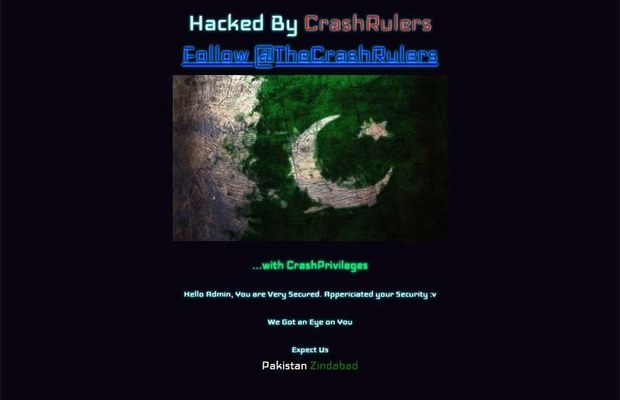 The state broadcaster Radio Pakistan’s website was briefly hacked on Sunday, which was later restored.

A message on the website appeared, saying, “Hello Admin, you are very secured. Appreciated your security. We got an eye on you. Expect us. Pakistan zindabad.”

Furthermore, it stated that ‘Crash Rulers’ had conducted the hack.

The news of hacking was also announced on Twitter by a user account with the handle name @TheCrashRulers. 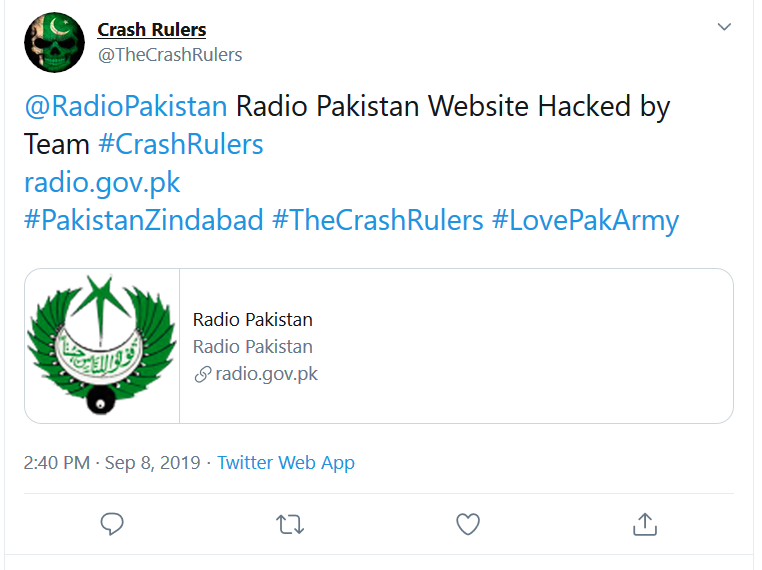 It is not confirmed yet who operates the account behind the hack.

According to the other tweets posted over the past three months, this account has claimed to hack multiple government’s, and business websites, including Public Procurement Regulatory Authority Pakistan, Pakistan Cricket Board, Bahauddin Zakariya University and Zoom Petroleum Pakistan among others.

However, the claims could not be verified.