Indian Elections 2019: Rahul Gandhi loses to BJP candidate Smriti Irani by a margin of over 55,000 votes 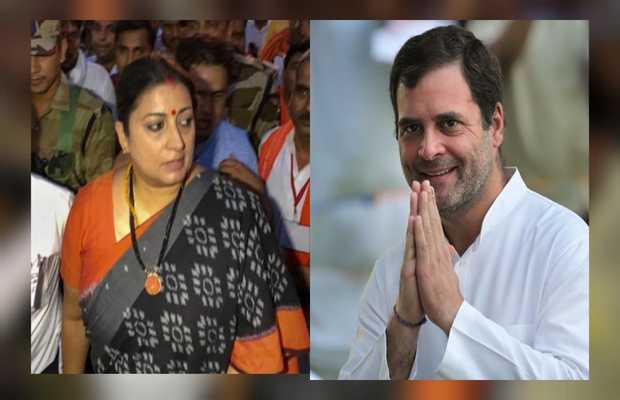 It is being regarded as one of the biggest upsets for Congress party in 2019 general election, as the party chief Rahul Gandhi losses at the Amethi parliamentary constituency to the BJP’s Smriti Irani.

As being reported the counting is still in progress and Smriti, former Saas Bhi Kabhi Bahu Thee starrer has a lead of nearly 55,000 votes.

Addressing the media on Thursday evening, Rahul Gandhi congratulated Smriti on her victory and also said that he accepts the mandate of the people of Amethi.

Rahul  Gandhi had represented Amethi since 2004, serving three terms as MP. He took over from his mother and UPA Chairperson Sonia Gandhi, who went on to represent Rae Bareilly.

Amethi has traditionally been held by a member of the Congress, with four of the Gandhi family members having represented the constituency in the past – Sonia Gandhi, Rajiv Gandhi and Sanjay Gandhi.

Rahul Gandhi offered to resign as Congress chief after a loss in Lok Sabha elections that saw him lose even his stronghold of Amethi in Uttar Pradesh.

As being reported, Uttar Pradesh Congress chief Raj Babbar and other senior Congress leaders have sent resignation letters to Rahul Gandhi after the party’s dismal performance.