Rana Sanaullah says alleged video against him should be presented

“We will not let the case proceed at all, until and unless an open trial is held,” he said. 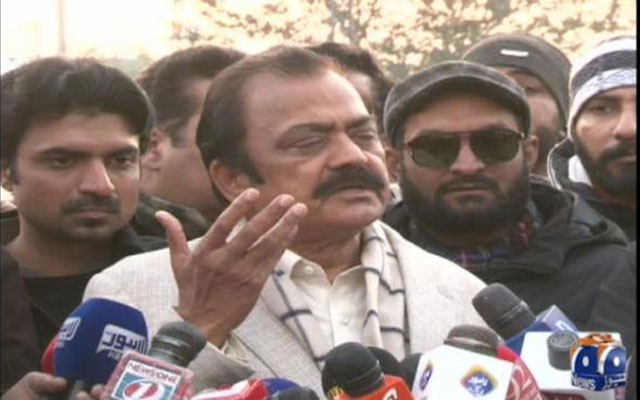 Former law minister of Punjab and Pakistan Muslim League-Nawaz (PML-N) leader Rana Sanaullah said on Sunday that he would not allow the drug case against him to proceed further until the alleged video is presented before court.

While talking to media outside a special court, he said the incumbent government is being “exposed” over the fake case, adding that an open trial of the case should be conducted.

Sanaullah while questioning to the media said, “Where the alleged video was? The government is being exposed because it is not allowing facts to come in front of the public”.

“We will not let the case proceed at all, until and unless an open trial is held,” he said.

Rana Sanaullah while criticizing State Minister for Narcotics Shehryar Afridi said, “if the alleged video has also been shown to Prime Minister Imran Khan, why it is not being brought in front of the public”.

“We will not accept the charge sheet until the video is presented in court,” he asserted. The Former law minister said NAB has asked to submit all details of the case in the next two weeks.

In the media talk, he was also asked about the Army Amendment Bill to which he responded that it is significant to follow the legislative procedure and that there is no need to hurry when it comes to the bill.