"The summary to impose governor's rule is being drafted, and I — personally — have started work on it," Interior Minister Rana Sanaullah 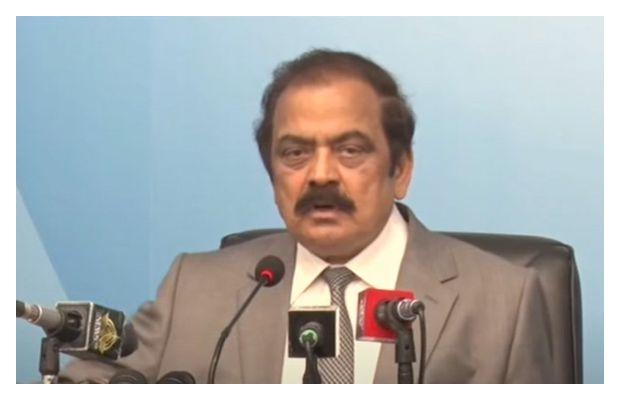 Rana Sanaullah warns of the governor’s rule in Punjab!

The development comes on Monday following the Supreme Court orders to remove Hamza Shehbaz as the chief minister and signaled the appointment of Imran Khan-backed Pervez Elahi for the top office.

While speaking at a press briefing on Wednesday in Islamabad, Federal minister Rana Sanaullah said Interior Ministry has started working on imposing Governor Rule in Punjab.

The interior minister said if his entry into Punjab is to be banned by the PTI, it might lead to the imposition of the governor’s rule in Pakistan’s most populated province.

“The summary to impose governor’s rule is being drafted, and I — personally — have started work on it,” Rana Sanaullah said.

The interior minister said that the ongoing situation was a matter of concern for the entire nation and that the dollar was strengthening quickly against the rupee.

Referring to the apex court’s judgment and the PTI’s constant protests against the government, he added “When such events take place, the situation will be what it is.”

tweet
Share on FacebookShare on TwitterShare on PinterestShare on Reddit
Saman SiddiquiJuly 27, 2022
the authorSaman Siddiqui
Saman Siddiqui, A freelance journalist with a Master’s Degree in Mass Communication and MS in Peace and Conflict Studies. Associated with the media industry since 2006. Experience in various capacities including Program Host, Researcher, News Producer, Documentary Making, Voice Over, Content Writing Copy Editing, and Blogging, and currently associated with OyeYeah since 2018, working as an Editor.
All posts bySaman Siddiqui