"Cynthia Ritchie's accusations are a pack of lies. I strongly reject them," said Malik. 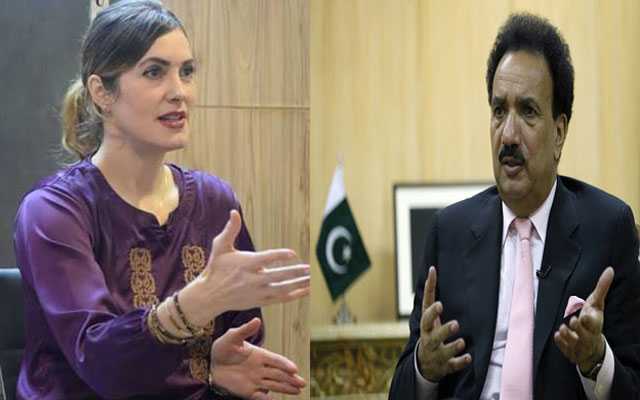 Cynthia Ritchie, who has accused Pakistan People’s Party (PPP) senator and ex-interior minister Rehman Malik of raping her, has been sent a second defamation notice of worth Rs 50 billion, Malik’s spokesperson stated on Tuesday.

The spokesperson said Cynthia was sent the first ( Rs 500 million worth) defamation notice on Monday.

Rehman Malik, in connection with the feud, said the current notice he has been sent to Cynthia due to her appearance in different news channels on Sunday to malign his reputation and “levelling baseless allegations” against him.

“I will have her answer for her lies in court,” Malik asserted.

The hostility between the two surfaced when Ritchie made “slanderous” remarks against slain PPP leader Benazir Bhutto, but what the blogger claims likely stem from “dirt” she has on the party.

She said that she was “going nowhere” and ready to face the consequences if she was proven false.

The US blogger said she would prove her accusations against senior PPP leaders in court of justice and would provide whatever evidence she had to authorities in Pakistan.