the allegations were made “to malign and scandalise him with malafide intentions”, says Malik's spokesperson 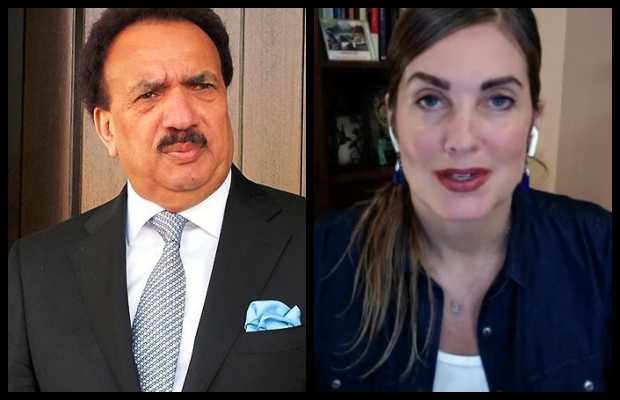 The purpose behind the US blogger’s allegations was to damage the reputation of Rehman Malik, spokeman - OyeYeah News
0Share
145Views

Pakistan People’s Party (PPP) Senator Rehman Malik on Saturday has strongly rejected the baseless and wild allegations of rape by a US citizen.

The PPP leader’s spokesman, in a statement, said that the purpose behind the US blogger’s allegations was to damage the reputation of Rehman Malik.

“The US woman made the inappropriate allegations against Rehman Malik upon the instigation of a certain individual or a group,” said the spokesman on behalf of the former interior minister.

“Senator A. Rehman Malik has endorsed the statement of former Prime Minister Syed Yousaf Raza Gillani wherein he has denied the allegations levelled by US Citizen Cynthia D. Ritchie,” said a statement released by the PPP leader’s spokesperson.

Rehman Malik’s spokesperson said that Ritchie had accused the senator after 10 years on “instigation of some vested groups” only to harm his reputation.

“Tweets from Indian RAW directly threatening Senator A. Rehman Malik [and] hinting him of some dirty moves against him as senator stands against Indian Prime Minister Narendra Modi and is committed to Kashmir cause,” the statement further added.

The statement added stated that Malik considers responding to US citizen Cynthia “below his dignity” and that he respects women including Ritchie. Hence would not like to use any “derogatory remarks”.

The US blogger took to Facebook Live on Friday claiming that the ex-interior minister raped her adding that two other senior PPP leaders also physically manhandled her.