Shaykh Nurayn Muhammad Siddique passed away in a car accident in the Omdurman area of his native Sudan.

Sheikh Norayn (known with different spellings such as Noreen, Nurain, Nureyn, etc), and his three hafiz companions died last night in a fatal traffic accident on their way back from a missionary trip, reports the Anadolu Agency.

The funeral prayers of Sheikh Nurayn were offered on November 7, 2020, in Khartoum, Sudan. 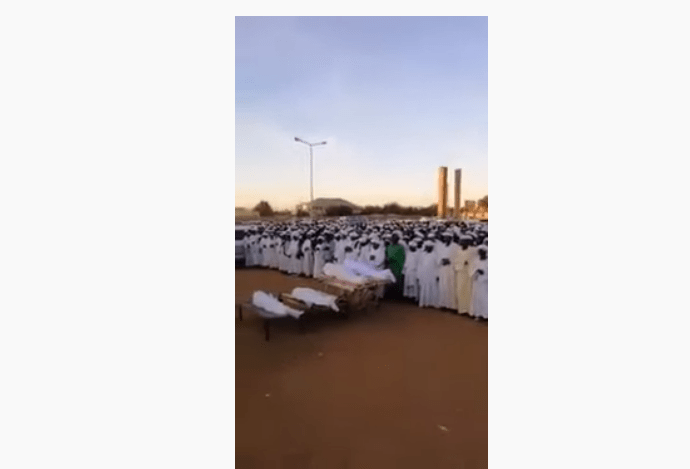 Shaykh Nurayn is one of the most accomplished reciters of the Quran.

He has been a popular figure among Muslims all around the world for his distinctive way of reciting the Quran in the Al Duri qira’at.

On his sad demise, tributes pour in on social media.

The world has lost one of the most beautiful Quran reciters of our time in a car accident today. Shaykh Nurayn Muhammad Siddeeq of Sudan (rahimahullah).

May Allah have mercy on him and grant him Shahada. Ameen pic.twitter.com/5mgWdLaXel

La ilaha illa Allah! Truly, to Him we belong and to Him we will return. Shaykh Nurayn is one of my all-time favourite reciters.

May Allah grant him and his students the highest of stations in Paradise and their families patience in this trying time they’re passing through. https://t.co/VidXrCAQ2O

Shaykh Noreen Muhammad Siddiq has sadly passed away after a fatal car accident in Sudan along with some other Huffadh. May Allah have mercy on them all and grant them Jannah, Ameen. pic.twitter.com/ZcJNnOflJw

Abu ‘Amr Hafs Ibn ‘Umar Ibn ‘Abd al-‘Aziz al-Baghdadi, better known as Al-Duri (150-246AH), was a significant figure in the transmission of the Qira’at, or methods of reciting the Quran. Of the seven canonical reciters, al-Duri was a transmitter for two entirely separate methods: that of Abu ‘Amr ibn al-‘Ala’ and that of Al-Kisa’i.