Sanjay was giving coverage of the rally and showing a number of people who were trying to leave the rally. 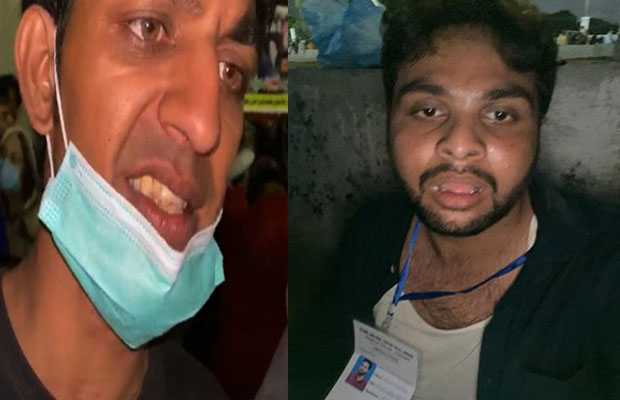 According to the sources, Sanjay was giving coverage of the rally and showing a number of people who were trying to leave the rally.

Samaa TV, in its live coverage, revealed that the management of rally had locked the gates of Jinnah ground barring people to leave the place, when suddenly a man, who claimed to be the PPP volunteer in the rally hold the reporter’s hand forcefully refusing to let him go and asked him to show his press card.

After a while, the volunteer checked the reporter’s press card and asked the reporter to leave while  exchanging heated words with the senior reporter and showed his anger for showing the reality of the huge crowd in the rally.

Not only this, the same man— who had claimed himself as the volunteer with his gang brutally beaten up Sanjay for covering the scenes.

As soon as the video of the reporter brutally beaten by the management of rally surfaced on social media, people showed their anger towards the cruel act of the PPP’s volunteer and condemned the incident.

Condemnable: SAMAA TV's reporter Sanjay Sadhwani, according to our colleagues, was badly beaten by PPP workers over showing some people trying to leave PDM's Karachi Jalsa.

You don't like the coverage, don't watch the channel. Reporters report. They don't make editorial policies

Meanwhile,  the chief minister of Sindh, Syed Murad Ali Shah has ordered the immediate inquiry of the incident.