The rescue workers in the western Turkish city of Izmir search through the rubble for survivors of the quake on Saturday as the death toll rose to 28.

Three women were rescued from the rubble after being trapped for over 10 hours following the earthquake in Izmir, on Saturday.

Three women were rescued from the rubble after being trapped for over 10 hours following the earthquake in Izmir, Turkey.

Around 800 people are reported to be injured while, around 100 were sucessfully pulled out from the rubbles of the collapsed buildings.

A powerful earthquake hit the Aegean Sea on Friday, which resulted in chaos in the Turkish city of Izmir.

As beign reported, a search and rescue operations have been completed in eight collapsed buildings of the city while rescue workers continue to look for survivors in nine other buildings that collapsed. 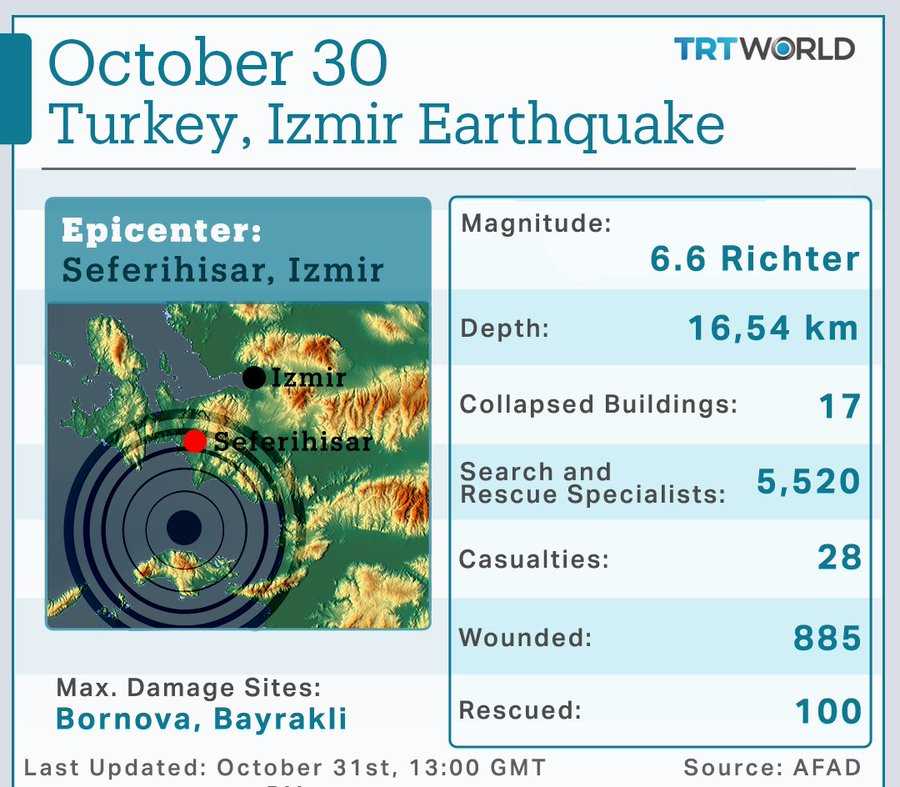 At least 20 buildings in Izmir were destroyed, authorities said, and the rescue work was taking place as hundreds of aftershocks hit the area.