The five-storey building was located near Rasheedia Masjid in Allah Wala Town, constructed on China-cutting land. 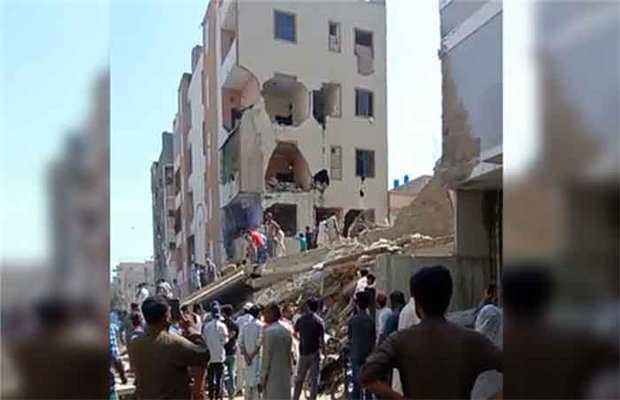 The five-storey building was located near Rasheedia Masjid in Allah Wala Town, Korangi.

A rescue operation is underway as many residents remain trapped under the debris.

“The building was constructed on China-cutting land,” he said, adding that it had no map or approval.

A child is being rescued from inside the rubbles of a four-story building in Korangi area of #Karachi, which Sindh Building Control Authority (CBCA) officials said was constructed on the land of a playground/amenity plot pic.twitter.com/nOx1ZQyXY0

According to Jinnah Postgraduate Medical Centre Director, Dr. Seemin Jamali, five injured people have been brought to the hospital so far, all of whom are in stable condition.

The person who died in the accident was identified as Waqas, 15 years old, she added.

Four others, three of them women, have been wounded, Dr. Seemin Jamali told.