Many also took to social media to vent their frustration 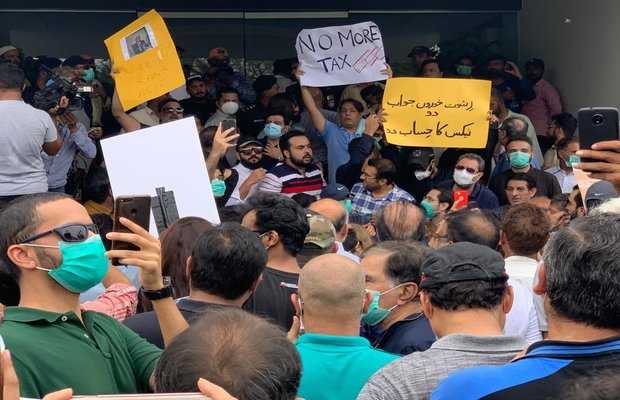 The residents of Karachi’s Clifton and Defence areas protested outside the office of Cantonment Board Clifton (CBC) Monday over the area’s condition after recent rains.

The residents are furious over the “incompetence of the Defence Housing Authority and CBC in providing basic living conditions”, as the DHA and Clifton remain waterlogged, powerless 5 days after the record-breaking monsoon spell.

Residents demand the chief executive officer of the CBC to listen to their grievances. However, the officials had sealed their gates ahead of the protest. But the protestors breached into the premises of the CBC and tried entering the office but were stopped by police.

Residents of #DHAKARACHI Protesting at #CBC office
These residents of #DHA have suffered really badly. CBC and DHA are responsible for this trauma.They are raising voice with the authority!#Karachi #KarachiSinks pic.twitter.com/QRX9qlqAUc

Senior citizens, men, women & even children are there in protest Incompetence can NO longer be accepted. #Karachi #KarachiRain #DHAKARACHI pic.twitter.com/jgf6AJYfuX

The protest was reportedly organised and scheduled by the residents of the area over social media. 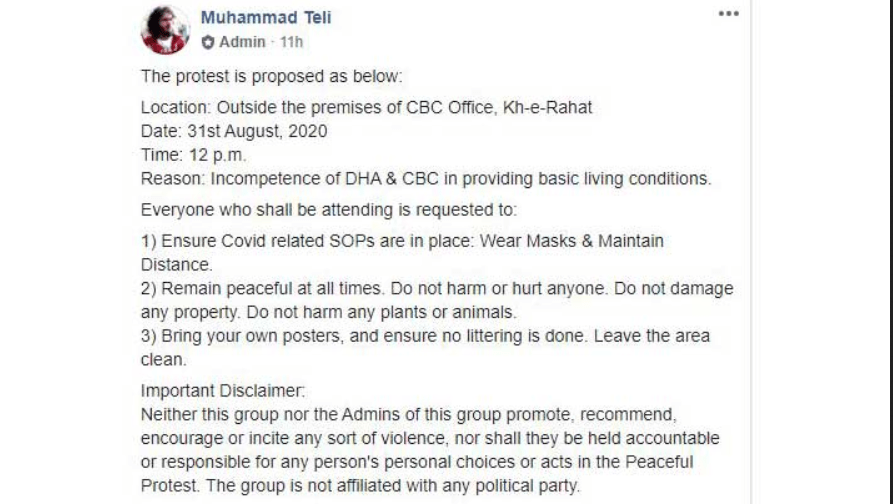 Many residents of the area also took to social media to vent their frustration about the situation that they have been facing because of the power outages that have lasted more than 90 hours in some parts of the city and waterlogging.

Keeping in mind that the DHA and Clifton areas are the most expensive localities of the metropolis with properties worth over millions.

Day 5 update: Area still flooded,no power for over 80 hours (I think we should start counting it in days now), cellular networks (telenor) still not working, yes even after 5 days. People forced to leave their houses, knowing that the situation may not get better anytime soon

Four days after the rains, we still have no power in DHA Phase 8 — it has been 94 hours. Thanks for nothing @KElectricPk.

#KarachiUnderWater #DHA phase 6 has no electricity from more then 48 hr due to urban https://t.co/binPh5UKhv official yet seen on site. pic.twitter.com/Bn8PcY8NXD

tweet
Share on FacebookShare on TwitterShare on PinterestShare on Reddit
Saman SiddiquiAugust 31, 2020
the authorSaman Siddiqui
Saman Siddiqui, A freelance journalist with a Master’s Degree in Mass Communication and MS in Peace and Conflict Studies. Associated with the media industry since 2006. Experience in various capacities including Program Host, Researcher, News Producer, Documentary Making, Voice Over, Content Writing Copy Editing, and Blogging, and currently associated with OyeYeah since 2018, working as an Editor.
All posts bySaman Siddiqui