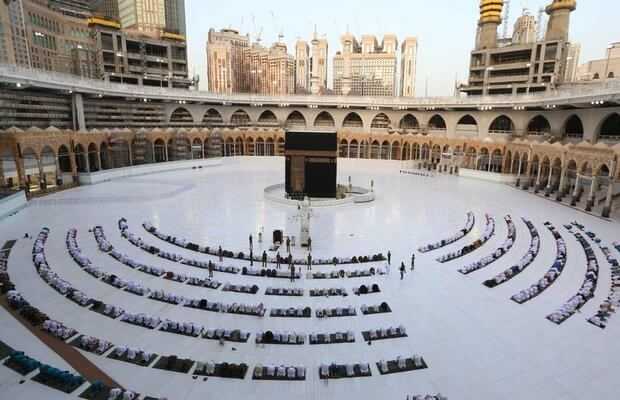 Saudi Arabia announces the phase-wise resumption of Umrah after a seven-month pause due to coronavirus pandemic.

The announcement was reported by the Saudi Press Agency on Tuesday citing a source at the Kingdom’s Ministry of Interior.

As being reported, the gradual resumption of Umrah and visits to the Two Holy Mosques with a limited number of pilgrims will be starting from Oct. 4, 2020, 21 Safar 1442.

As per the source, the following are the stages announced in the official statement that will be subjected to continuous evaluation, according to the developments of the pandemic.

In the first phase, citizens and expatriates from within the Kingdom will be allowed to perform Umrah at a capacity of 30 percent from Oct. 4 that translates to 6,000 pilgrims per day following the health precautionary measures of the Grand Mosque.

In the third phase, pilgrims from abroad would be allowed to perform Umrah as of Nov. 1 with a full capacity of 20,000 pilgrims and 60,000 worshipers per day and it will continue until the official end of the coronavirus pandemic or the official announcement that the danger is over. The arrival of Umrah performers and visitors from outside the Kingdom shall be gradual from the countries that are free from health risks related to the coronavirus pandemic, the source added.

The fourth phase will allow the performance of Umrah, visit, and prayers by citizens and expatriates from inside and outside the Kingdom, at 100 percent of the normal capacity of the Grand Mosque and the Prophet’s Mosque, when the competent authority decides that the risks of the pandemic have disappeared.

Furthermore, the entry of pilgrims, worshipers, and visitors will be regulated through the application (Etamarna), which will be launched by the Ministry of Hajj and Umrah, with the aim of implementing the health standards and controls approved by the Ministry of Health and the competent authorities.

tweet
Share on FacebookShare on TwitterShare on PinterestShare on Reddit
Saman SiddiquiSeptember 23, 2020
the authorSaman Siddiqui
Saman Siddiqui, A freelance journalist with a Master’s Degree in Mass Communication and MS in Peace and Conflict Studies. Associated with the media industry since 2006. Experience in various capacities including Program Host, Researcher, News Producer, Documentary Making, Voice Over, Content Writing Copy Editing, and Blogging, and currently associated with OyeYeah since 2018, working as an Editor.
All posts bySaman Siddiqui