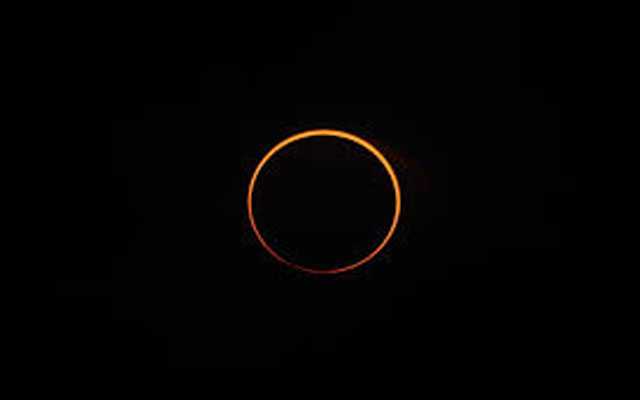 The first solar eclipse of the decade is set to occur on June 21,2020 and create a rare “Ring of Fire”. The rare view would be visible in some cities of the country,  a statement released by  Pakistan Meteorological Department’s (PMD) Climate Data Processing Centre.

The Climate Data Processing Centre in its statement said that people residing in Islamabad, Lahore, Karachi, Peshawar, Quetta, Gilgit, Muzaffarabad, Sukkur, and Gwadar could observe the eclipse at various partial levels, with only those in Sukkur to see the annular eclipse in almost its entirety — at the Sun’s coverage of 98.78%.

the Climate Data Processing Centre added that Gilgit would have the least Sun’s coverage in the eclipse, at 74.88%.

It has also been stated by PMD that along with Pakistan, the solar eclipse would also be visible in India and China. It will also be witnessed in parts of Africa — including the Central African Republic, Democratic Republic of the Congo (DRC), and Ethiopia.